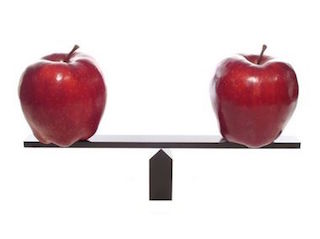 Early February gave us two historic tie-breakers. First, the Super Bowl ended in a tie causing an overtime period, then the confirmation of Betsy DeVos resulted in a tie-breaker by Vice President Pence. There had never before been the need for a tie-breaker when confirming a Cabinet member; anyone reading the news lately knows that Ms. DeVos’ nomination caused controversy. Many people thought that she lacked the experience needed to run the Department of Education, and feared that her wealth and campaign contributions influenced the voting. Others felt that she is only a figurehead and what matters is what state and local districts decide to enact on behalf of their students, not her experience.

As a former school psychologist who works with many children in private practice and who has taught many college classes as an adjunct, I thought that a bit of information, as space allows, on what the Education Department does, and how education basically works, would be a timely topic.

The Department of Education (DoE) was created by President Carter in 1979, by splitting the Department of Health, Education, and Welfare into two separate departments.  There have been partisan issues plaguing the DoE since even before its inception, where republicans felt that it was unconstitutional to give education its own department since the Constitution does not mention education specifically.  In addition, Reagan proposed abolishing it during its infancy when he ran for president in 1980.  Interestingly, the National Education Association supported the establishment of the DoE, while the American Federation of Teachers opposed it.  So it’s no surprise that the most recent appointment was also touched by partisan politics.  In 2007 President George W. Bush designated the DoE headquarters the Lyndon B. Johnson Education Building, after the president who enacted much civil rights legislation — a bipartisan nod, maybe?  And perhaps indicating that the DoE is here to stay.

The primary function of the DoE is to establish education policy, administer and coordinate the federal funding for education, collect data on schools, and enforce federal laws regarding privacy and civil rights.  It does not establish schools or colleges, but does oversee the running of many of them.  Because we are a republic with 50 separate states that have tremendous rights, education in the US is far more decentralized than in many other countries.  With the exception of the No Child Left Behind Act of 2001, laws governing special education, and issues of civil rights and federal regulations, very few aspects of education are decided on a national level.  The Secretary’s office has about a dozen offices within it, including offices for outreach, civil rights, technology, and risk management.  Then there are several other offices beneath these that deal with issues such as ELA classes, disability/special education, safety, and specific initiatives for certain targeted ethnic and other groups that are deemed in need of study and support, such as migrant children, Native Americans, and Pacific Islanders.

One of the most important pieces of legislation enacted by this department was the Education for All Handicapped Children Act (Public Law 94-142) which established free and appropriate education for children with disabilities in the least restrictive environment, moving many children out of terrible self-contained situations where they barely got life training, into regular public schools where they could now reach a higher potential.  Children with issues such as mental retardation, learning disabilities, visual impairments, and psychiatric issues, if appropriate, could now be taught with their non-disabled peers and learn the skills needed for higher education and employment.  This law was enacted in 1975, and all schools had to have the appropriate services in place by 1980.  In 2004 PL 94-142 was changed in title to the Individuals with Disabilities Education Act, or IDEA.  The IDEA provides services from as early as birth by means of early intervention programs, until age 21.  Before 1975, many children with disabilities had no access to public education and were either in private schools if their parents could afford them, housed in residential state institutions where they often received little or no educational instruction, or were in public schools but in segregated facilities where, again they received no or little instruction.  Today millions of children have access to free education thanks to PL 94-142.  School districts can determine how to best abide by these guidelines, but the federal government oversees the enactment of this law.  Because of IDEA, children of even the poorest families get free education and services such as speech therapy, counseling, and the like.

Secretary DeVos has been vocal in her support of charter schools, an area with a history of controversy.  A charter school is a school that receives government funding but operates independently. Many countries have charter schools, often offering religious education, and there are many ways to deal with the oversight and funding of such schools.  In the US, they are usually at least partially tax-funded but privately managed, with funding supplemented by tuition and fundraising.  The first law regarding charter schools was written by the state of Minnesota in 1991, and more than two million children attend charter schools nationwide.  There are also public charter schools, which, while still part of the public school system, allow parents to choose which school their children attend rather than assigning children simply by zoning.  There are often waiting lists for these more desirable schools, and laws governing charter schools vary from state to state.  Sometimes there are admission exams.  Charter school programs allow children to move from underperforming schools to “better” ones, but of course, critics could argue that this only further decreases the standards of the underperforming schools as all the brighter students leave for the better schools (perhaps even taking the best teachers with them).

I worked for a few years in a Jewish day school.  Obviously, the school was allowed to teach Judaic history, Hebrew language, and have prayers in the morning—things that would not be allowed in the public schools. However, we were tied to certain laws such as amount of instruction time (so that we lost a February vacation one year after a brutal winter ate up more than our allotted snow days).  The children took State tests, and many eighth graders even took the Hebrew Regents Exam due to their proficiency in the language.  The school charged tuition and due to its religious status had the latitude to teach religious doctrine, while still maintaining standards of basic general education in areas such as math and social studies.

Proposing that all or most schools become charter schools and giving parents the choice of where to send their children sounds like a great idea if you want the freedom to make your child’s educational choices, but it ignores the financial burden on parents who may not have the means to choose private schools and perhaps even the lack of those “better” public schools within their districts.  Take, for example, very poor, urban areas where the local schools may be, by all accounts, terrible. Improvements and solutions are needed for sure, but is busing children to better neighborhoods the solution?  With Brown vs. The Board of Education, it was decided that separate was not indeed equal, and that improving schools in a child’s backyard is better than sending that child to a school 50 miles away.

Some governments offer school vouchers, which are given for a semester or school year and then are up for renewal.  The Netherlands, in particular, has more than 70% of its children attending private, but publicly funded schools, often along religious or ideological lines; their voucher program was introduced 100 years ago and vouchers are given to parents to fund tuition at the school of their choice.  But is the amount given sufficient to fund tuition at the chosen school?  A quick internet search tells me that Hackley charges between $37,450 and $44,225 per year depending on grade level, Masters charges about the same, Stepinac charges $11,500, Ursuline charges $18,600, and Fordham Prep charges just under $19,000.   Adelphi Academy in Brooklyn reports tuition that ranges from approximately $500 monthly for a half day two- year-old preschool program to $21,000 for twelfth grade ($30,000 for their international program) and $47,000 for their “Project Succeed” special needs program.  Poly Prep, a stone’s throw from Adelphi, charges $23,500 for part time nursery school to $43,650 for twelfth grade.  Fontbonne Hall, a girls’ Catholic school, also in Brooklyn, charges about $10,000, while St. Francis Xavier in Manhattan charges $17,750.  That’s an awful lot of voucher money for most families.  Exactly how money would be diverted from public schools to voucher and charter programs seems to be the big debate when these questions comes up.

Clearly we need a more unified standard of education so that a child who moves to a different state can rest assured that he will be at least globally in step with his peers.  We need to maintain the protections that special education children have in getting free and appropriate services so they are prepared for life after high school.  Parents who want to send their children to tuition-based schools should have those options, whether through private financial aid and scholarships, or public help through vouchers, tax credits, and the like.  The balance, however, is not diverting so much money that we have failing public schools and a handful of elite institutions cranking out future Ivy League students.  We are right to question the goals and ideology of an incoming secretary and ask how proposed changes may affect our local schools.  I am not sure what the correct answer is, but I’m glad we are asking the questions.