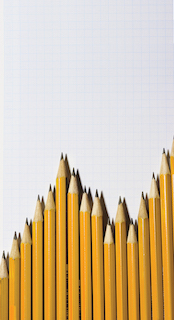 Springtime means a lot of things for our beautiful Villages; spending time on the river, an overhaul of cleaning out old winter things, and just a few months away from summer vacation for our schools. To homeowners, May means voting time; May 16th, that is. For so many, the school budget vote seems a perplexing numbers game of ever-changing rates and percentages. Each of our villages has been prepping with meetings and crunching the digits –  what will the money be allotted to, how much will be needed and more importantly, will the School Districts be able to stay under tax levy cap?

The task of putting together a proposed school budget is a daunting one, no doubt. The desire to improve on previous years’ decisions while keeping the wants and needs of our residents in mind and of course, most importantly, our children, is one of those math problems we’d all just as easily like to pass along to someone else. As we reported last year, a tax levy cap put in place six years ago was meant to stop rising tax rates from crippling school districts. With every new year come more State mandates which burdens school districts to look for money we simply don’t have. Here’s a breakdown of how some of the districts are doing so far.

Briarcliff’s March 13th budget meeting highlighted some of the recognition and accomplishments in the 2016 year, including Briarcliff High School being named one of America’s Top High Schools of 2016 in Newsweek magazine. District projections also indicate that the 2016/2017 revenues will exceed expectations, reaching $918,907. This revenue is a result of two important factors: increased tuition from the CASSTLE program  and “parentally-placed tuition-paying students.”

Parents and students in the Pocantico School District can choose between three districts to continue education after 8th grade –  Pleasantville, Sleepy Hollow or Briarcliff. According to Briarcliff Superintendent, Dr. Kaishian, “We get the lion’s share of those students.”  The second factor in the revenue is a result of the CASSTLE Program offered in Briarcliff. The program, co-created by Dr. Kaishian, offers therapeutic support for students who may need the extra help. According to the Superintendent, “The revenue from these [areas] have enabled us to maintain and enhance our programs.”

The meeting also highlighted cost drivers for the District as: an 8% increase in health insurance, Special Education Services, and new helmets for the athletics teams.

The School Board says this year’s budget “improves the school programs and operational efficacy, responds in measured fashion to demographic trends, and maximizes program capacity through efficiencies and creative problem-solving.”

With the increased budget, the District hopes to focus heavily on students, facilities and programs as well as keeping in mind the long-term effects of proposals.

At April 4th’s budget meeting, discussion topics included athletics participation, technology needs and staff shifts over time. Another topic that night was the cost-benefit analysis for the current special class. In a previous meeting, a question was raised about the cost of moving the incoming middle school special class of about seven students outside of the District. It was explained to residents that by keeping this group of incoming middle schoolers in the District, the District would save approximately $750,000.

In Ossining, there was an emphasis on the academic accomplishments of the previous year, including student, Adriana Scanteianu, a National Merit Scholarship Program Finalist, and 11 Ossining High School Science Research Program students being finalists at the Junior Science and Humanities Symposium –  the most finalists in New York State.

The District highlights that their priorities in this year’s plan is to focus on class size and infrastructure, among other things.

For the Tarrytowns’ new superintendent, Christopher Borsari, his first rodeo seems a quite tame one. The School District has accomplished keeping the budget under the cap for a fifth year in a row. The total budget for the 2017/2018 year comes to $75,656,831 –  a 1.98% Tentative Property Tax Levy Cap

Increase. But this year’s process didn’t come without at least some change, one of which Borsari says was a challenge when keeping all of the numbers organized. “This year, Greenburgh changed it up a little bit.” In the past, Greenburgh assessed all real property at a percentage of market value.  That number is known as an equalization rate. Beginning this year, the Town and its Village’s homes are assessed at full value. The two Villages within the School District, Tarrytown and Sleepy Hollow, are technically a part of two different towns –  Greenburgh and Mt. Pleasant, respectively.

Borsari is optimistic about the task at hand. “One of our goals was to stay under that 2% increase so that we can offer what we should to our children. And of course keeping the community happy is important, but we want to really ensure that next year’s kindergarten class will have, at the very least, all of the same great things that our graduating class of seniors had when they started.”

Borsari highlighted that an important portion of the budget is set so as to not lose the great services and programs the schools can offer. “We’re also adding a teacher for our Foreign Language Program as well as for our Communication Needs Class for the Middle School.”

New Era of Holistic Criteria Is Good News for Applicants