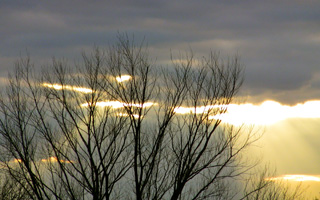 While the Villages of Irvington, Tarrytown, Sleepy Hollow, and Briarcliff Manor are all very unique municipalities with their own idiosyncrasies and cultures, they still share a number of traits.

As we asked the Village Administrators and Managers to look into their crystal balls and tell us what residents can expect in the coming year, one common theme arose – the Herculean effort to craft a budget within the state-mandated 2% tax levy cap. “It’s a bit of an unknown territory for us in the sense of navigating the tax cap and all that,” said Irvington Village administrator Larry Schopfer. His Tarrytown counterpart, Michael Blau, echoed that sentiment. “One of the biggest issues we’ll have to deal with in 2012 is developing a budget and addressing the 2% tax levy [cap].”

So if you were wondering what will be keeping your village boards and administrations up at night this year, the answer is – the village budget.

If budgetary matters aren’t your thing, there are quite a few other notable projects and issues facing each village that you should be aware of as we head into 2012.

Briarcliff Manager Philip Zegarelli plans to spend much effort in the coming year to improve the Village’s credit rating. “We’ve moved [up] from a credit rating of A-1 to AA-2, and I’m trying to work on getting us a higher grade of AA-1,” he says. “It’s going to be hard, but I’m going to work on it.”

Like the other Villages, Briarcliff Manor will be working on a budget that can fit under the 2% tax levy cap. Unlike the others however, they have already managed that feat for the past three years, and don’t expect a fourth year to prove any more difficult. “We’ve adjusted fees in various areas to help pick up the costs of the various programs that are user-based,” explains Zegarelli. “Meaning, if you want to participate in the pool, or you want to participate in a summer camp, you pay for it rather than having it subsidized by taxpayers.”

[inset side=right]Briarcliff will also be looking to further streamline and reorganize government in 2012 in efforts to save money…[/inset]Briarcliff Manor has a number of infrastructure projects in the works for 2012, the largest of which is the rehabilitation of the railroad station side of the old library with the goal of turning it into a community center. There are also plans to redo some of the parking downtown at the railroad station as well as redoing the sidewalks and lighting in the business district.

Zegarelli feels that now is the right time financially for the Village to undertake these much-needed projects. “Bidding [for the projects] is very aggressive and competitive. If you have the project and the ability to finance a project… this is the best time to go out for a bid and get work done because you’ll probably get the best prices you’ve seen in the last twenty years.”

Briarcliff will also be looking to further streamline and reorganize government in 2012 in efforts to save money, including looking for ways to share expenses with neighboring villages. “I think Briarcliff will take the lead in seeking to have joint waterworks with Tarrytown and Sleepy Hollow to share pump facilities and water distribution. I’m very much in favor of that… real savings for all three communities at different levels is all very possible.”

[inset side=right]The 800-pound gorilla in Sleepy Hollow is the same 800-pound gorilla that has existed for the past eight or nine years – the fate of the General Motors site.[/inset]Sleepy Hollow Administrator Anthony Giaccio believes the Village is closer than ever to bringing that long-awaited project to fruition. “We are still waiting for the decision on the Tarrytown litigation. We’re hoping to get a decision by the end of January,” he says. Once the judge hands down his decision, events could unfold at a surprisingly quick pace. “Once the litigation is over, we do expect to hear some news from GM with regards to a developer shortly thereafter.” Still, he cautions that once the litigation ends and GM announces a developer, that developer will have a lot of work ahead. “It would be unrealistic to think we’d get the shovel in the ground in 2012,” he says.

However, just getting GM to sell the property in 2012, a likely outcome once the Tarrytown litigation ends, will place the property back on the tax rolls which would be, in Giaccio’s words, “a significant event for the Village.”

Another project that has been in the works and the public eye for some time is the development of the Castle Oil property. Here, the Village expects to see visible progress in the coming year.

“Castle Oil is already in front of the planning board,” says Giaccio. “We expect that project should begin in 2012.”

A major issue that will begin in 2012 is the Duracell cleanup. AECOM, the company that Gillette/Proctor and Gamble is having facilitate the remediation, will be setting up shop to begin the remediation process. “They’re going to set up a store front,” explains Giaccio. “They’re going to use part of the L Street parking lot and a nearby private business as their staging area for cleanup. Anywhere between 80 and 100 properties have to be remediated.” The project could take two full years to complete.
Finally, the Village is looking to build a new water tank in Sleepy Hollow. A public hearing was held on January 17th presenting five different possible locations to the public, and inviting public comment on the upcoming project.

The coming year is shaping up to be a very busy one for the Village of Tarrytown. “We’ve got a lot of projects that we anticipate will at the very least begin in 2012 if not be completed in 2012,” says Administrator Blau. The largest project for the Village, the Pierson Park rehabilitation project, probably won’t even see a shovel in the ground until 2013, but a lot of activity will be going on behind the scenes.

One project that will likely be completed at some point this year is the Andre Brook restoration project. The Village is planning on restoring the brook where it flows next to the commuter’s parking lot, as an additional enhancement to that side of the train station.

[inset side=right]With so much planned for 2012, and Tarrytown already carrying a large amount of debt, a resident might wonder about the financing of all these projects.[/inset]Also in the works for the river side of the Tarrytown Train Station is a new commuter parking lot that will be created where the old fire training center now stands between Losee Park and the Tarrytown Boat Club. “The reason we’re building a new parking lot there is because, as part of the Pierson Park project, we’re moving the tennis and basketball courts into the existing commuter lot,” explains Blau. “So we’re replacing the parking spaces we’re losing as part of that project with the new parking lot.” The new commuter lot should be completed before the end of the year.

Moving east from all the work being done by the riverside, brings us to the H-Bridge, which will be undergoing a series of renovations in 2012. Though still structurally sound, the Village is being proactive in shoring up supports and performing other maintenance to ensure that the H-Bridge continues to serve the Village for a long time to come. There are currently no plans to close down any part of the H-Bridge during the renovation process.

One final project that Blau brought up is the restoration of the trail system on the west side of the Tarrytown Lakes. The bulk of the project budget will go towards restoring the old railroad bridge which currently marks the end of the trail, allowing trail-goers to continue north of the lakes. Also, the large open space along the existing trail is being converted into a new Village soccer field by luxury home builders “The Toll Brothers” as part of the new subdivision project they are building by the lakes.

With so much planned for 2012, and Tarrytown already carrying a large amount of debt, a resident might wonder about the financing of all these projects. “Not to worry,” says Blau. “I’m pleased to report that with virtually everything I’ve told you about, the majority of the money [needed for the projects] is through grants.” Blau says grants are paying for 80% of the work at Pierson Park and Andre Brook, 70% for the work on the H-Bridge, and 50% for the trail work. For the new commuter parking lot, necessitated by the loss of parking the Village will suffer from the Pierson Park project, the Village is hoping to transfer money from an already-existing grant.

Still, none of these projects is being paid for 100% by grants. However, the expenses the Village will incur for these projects has already been allocated and borrowed. Where the financial crunch will rear its head is in looking at any future projects. “Will the Village be looking in the future at projects and whether or not we need do those?” says Blau. “Absolutely, that’s going to be part of every analysis. Everybody’s going to take a much harder look at all the numbers.”

In 2012, residents of Irvington can expect new waterfront zoning legislation which will pave the way for new development down by the river. “The Board is really intent on moving this forward. Hopefully in the next couple of months we’ll see some progress on it,” says Schopfer. The Village Board would like to get the legislation adopted soon so that work can move forward on this long-awaited project.

The waterfront is not the only area in Irvington awaiting new zoning legislation. “We’re also working closely with the County on the affordable housing settlement that the County is involved with,” says Schopfer. “We are actively working on an inclusionary zoning statute legislation that is required to be adopted by the various municipalities.”

Irvington’s planning board will see two large projects fall in their lap this year. One will be the planned expansion of Mercy College, and the other is a proposal for a new assisted living facility on Broadway where the Foundation for Economic Education is currently located.

Finally, the O’Hara Nature Center on Mountain Road remains on schedule to open in the Spring of 2012. “We’re making a lot of progress on that,” says Schopfer. “The interior finishes are being made as we speak.” If all goes according to plan, residents can expect a ribbon-cutting ceremony sometime in May.