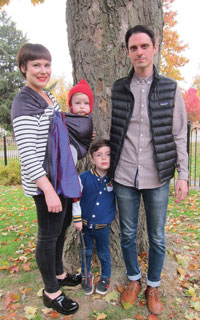 To say that Tarrytown has become a “destination” rings with enough truth to continue writing this article. It all happened a decade or so ago when Main Street slowly became populated by restaurants and interesting shops that attracted weekenders and those stepping off the express train from Grand Central Station, in search of the country.

Compared to Manhattan, Tarrytown was and still is the country. When you added the Music Hall into
the mix with its ongoing and eclectic performances, you had a winning recipe for residents, business owners, and visitors. Tarrytown, with its varied ethnicities, was seen as “real” and “unpretentious.” It was a place where many felt comfortable and offered a variety of visits to historical places, walks along trails and along the riverside.  For young families, the schools “represented the real world,” with the mix of students and a welcoming atmosphere.  Those choosing to work in Manhattan had, at best, a 38-minute train ride  both in and out of the City. Add major magazines and online services listing Tarrytown as the final stop before Nirvana  and voilá, it has become a “destination.”

One lovely young family that has settled in Tarrytown is the focus of what follows. There is Daniela, a warm, attractive and hip mother, Brandon, a thin, handsome musician who is also the Manager of Visitor Services and Operations at the 9/11 Memorial and Museum and the father of two young boys, Holden and Somerset.
Daniela was born in Vicenza, Italy and in 2005 she moved to New York City from Milan. She worked as a Casting Director’s assistant for New York City’s fashion week and later as a booking agent at the DNA Model Management LLC for women. Brandon was born in East Meadow, Long Island and moved to New York City in 2003. He was and still is a musician playing guitar and singing in a band called “Nightmare of You,” and another, “The Movielife.” That’s his night job locally and touring as well.

The couple met by chance, and to hear Daniela tell the story it went something like this. “I was supposed to go out on a date but was stood up. I went out anyway with a friend and ended up at a Sake bar in the East Village where I was living at the time. As luck would have it, I met Brandon and the rest is history.” Daniela and Brandon were married in late November 2009 at a small ceremony with immediate family.  Their first move was to 9th Street and Avenue C. “The apartment was tiny, mini, and miniscule but it was just the two of us and we loved it,” she said reflecting back. Roughly two years later Daniela was pregnant and the twosome, soon to be a threesome, needed more space. “We really couldn’t afford a larger apartment in a better neighborhood so we moved to Bushwick and then we moved again in the summer of 2012 to Ridgewood so we could be in a more residential and family oriented area.” To both Daniela and Brandon, Ridgewood was okay but not ideal. “We were tired of hustling and needed more space, a sense of nature and an easier walk to the schools Holden would be attending.”

In October 2013 Daniela, Brandon and Holden needed a getaway from the City and a day trip to Tarrytown was planned. They were smitten, by their own accounts, as they watched Holden playing in the leaves at Patriots Park. “Both Brandon and I daydreamed about living here one day,” she said. Those daydreams touched the earth and this summer, August to be exact, they moved to Tarrytown with a six-month-old infant. “From the moment we arrived, everybody we met was so welcoming and generous. I’m in awe of what a friendly and gracious community this is, not to mention the history and the beautiful nature surrounding this lovely hamlet,” she said. Brandon Reilly and Daniela Duff, along with their sons, Holden and Somerset, represent the new face of Tarrytown and their young family can be seen walking to nursery school, shopping in the local markets, dining in the restaurants, strolling the trails and playing in the parks, ever grateful for the opportunity to raise their family in a community that supports their efforts and provides the space to dream.