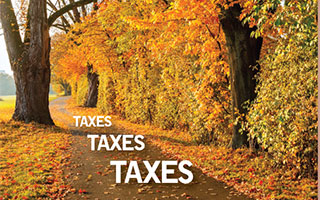 Between the time of my first interview with the candidate’s campaigns for Westchester County Executive back in August and their first debate held in White Plains on October 2nd, issues facing Westchester residents remain the same. This is an important election, as the outcome will determine how tax dollars will be spent and what methods will be used to lower the tax burden over the next four years.

The Astorino camp feels the biggest differentiator in this campaign is their approach to taxes. Rob Astorino kept his word about keeping Westchester County taxes low. With the tax levy frozen for the past three years, Astorino has stopped the outrageous increases of past administrations that saw taxes increase 54% since 2000. His mission, when he became County Executive, was to lower costs in government, and this has been accomplished. During Astorino’s administration, health care contributions are now required of County workers; the County staff has been reduced 19%; the County increased daycare copays 2%, generating enough revenue to extend the program at no additional cost to taxpayers.

Leadership for taxpayers is a major issue that Noam Bramson’s campaign feels is lacking in the current administration. Bramson would focus on Westchester residents’ entire tax bill, (local, county, city and school), not just 1/6 as his opponent has done. Noam would deal with the level of duplication and waste among dozens of school districts and municipalities doing things separately that can be done by creating a framework that lets them work together. Although the City of New Rochelle Council passed legislation to override the 2013 tax cap, Bramson believes in having a commitment to the property tax cap (a 1.66% increase on the 2014 property-tax levy), followed by a serious approach to economic development.

According to Rob Astorino,  27,000 new jobs have been created in Westchester County since 2009. He feels that businesses see Westchester as the right place to be and notes that
PepsiCo, located in Purchase, NY, was ready to leave for Plano, Texas. Rob stepped in, and working together with executives and government officials, put together a comprehensive package that kept PepsiCo and their jobs in Westchester, where they have been since 1970. They are currently building a whole new complex providing 1100 construction jobs. He feels his administration has dealt with actual problems.

Noam Bramson maintains that specific deals are not enough–he feels we need a broader vision. In his view, economic development is the key challenge that links everything else together. Noam feels that a good economic development strategy is critical and rests on top of a good planning strategy. He believes that the County can do more to work on zoning codes, infrastructure, strategic investments and skills that employees have to offer.

Rob Astorino is very proud to be part of the revitalization of Rye Playland, the country’s first totally planned amusement park. Seven of its rides and several of its art deco buildings are designated as National Historic Landmarks. Playland is also part of the National Register of Historic Places, being the only Art Deco amusement park in America. He feels his administration has taken a problem, solved it and moved it forward so the taxpayers won’t bear the burden of future costs. For the latest details visit http://www.sustainableplayland.org

Bramson feels that it is vitally important to preserve Playland as an asset to be enjoyed while reducing the subsidy that’s required. He is open-minded about better ways to manage it. He feels that the current Playland project is a textbook example about how not to make decisions. He cites no independent expert analysis has ever been done regarding financial terms, business plans and marketing assumptions; there has been no effort to look at consistency between attendance levels and available parking spaces; no serious effort has been made
to evaluate how promised capital investments will actually materialize.

Both candidates agree that the Tappan Zee Bridge (The New NY Bridge) replacement project is a major issue for residents. Bramson feels that the New NY Bridge project is a great opportunity not to be missed and hopes to eventually have bus rapid transit on the Bridge. He feels that the plan needs to be integrated into a larger system. He questions where the modes of mixed-use development would be located, how infrastructure would be financed, etc. He feels these questions need to be faced today. Bramson stated that these challenges have not been delved into by the current administration. He noted that various transportation corridor analyses were shelved. Bramson wants to plan the future of the economy by integrating the Bridge with the broader relationship of all Westchester County. He feels the current County Executive is focused on the past, while he is committed to the future.

Astorino has been very active in the reconstruction of the New NY Bridge. He called for a replacement of the Tappan Zee Bridge  in 2010 and Governor Cuomo agreed. The new $5 billion Bridge was initially designed with no mass transit on it. He felt that would not solve any existing problems and would be a waste of money. A voting member of the New York Metropolitan
Transportation Council, Astorino publicly withheld his vote and would not support the project unless a form of mass transit was on the Bridge on day one.

Astorino says that bus rapid transit should be on the New NY Bridge. Studies are underway to determine the best methods for getting people where they need to go across the New NY Bridge into Tarrytown, White Plains, across 287, through 119, etc. He envisions a transit center where Bridge passengers could get on a train to New York, or come into White Plains and surrounding areas. He feels the project will add a lot of jobs, make our economy grow and make the region better for generations to come.

As New Rochelle Mayor and presiding officer of the City Council, Noam Bramson confronts mandate relief issues everyday. He understands that reform is needed on a State level. He sees some progress that will provide fiscal relief but considers the best way to achieve changes is to have constructive relationships with State officials to accomplish objectives. He asserts that the County Executive’s approach is not working, nor effective. In his view, a change to a more collaborative style is important for mandate relief.

Rob Astorino is a long-time advocate for mandate relief and has declared unfunded mandates from the State “the biggest threat to the county’s economic and fiscal well-being.”  He is a member of  the grassroots coalition Stop Albany. He travelled to Albany with NYC Mayor Bloomberg to speak with legislators and push for Tier 6 Pension reform. In 2001 mandated pension costs were $3.3 million in the budget. Last year the cost was $81 million. The expense grew to $91 million this year and is projected to be $96 million next year. Astorino feels he is on the forefront to talk about real pension reform. He believes his approach to keep expenses under control is a better solution than simply raising taxes.

Astorino is in favor of relicensing Indian Point Energy Center in Buchanan. He doesn’t agree with closing. He believes that Westchester must have clean energy in nuclear power.
Bramson, on the other hand, feels the need to move towards alternative energy sources and reduced energy consumption strategies that will allow Indian Point to close, as it should not be situated where it is. He would establish this as a long-term objective in which the County could have a leadership role.

Rob Astorino criticized the HUD settlement made prior to his administration.  He thinks it’s a poor settlement, but the County is complying with the fair housing requirements imposed in order for Westchester municipalities to receive witheld community development block grant funds. His opinion is that this settlement will twist Westchester all around because the decision now includes controls in local zoning. As County Executive, Rob believes in fighting for Westchester municipalities’ home rule rights. Bramson has problems with HUD but wants to get this
divisive, expensive mess behind the County. He feels that Astorino’s self-evident disaster is costing Westchester $20 million. He wants to work with municipalities to get it right. He feels that it is in our interest to have a sensible affordable housing component in our communities. Cops, teachers, seniors, young professionals can live in the places where they serve and continue to live where they grew up. In his opinion, Westchester’s failure to settle is impeding our ability to plan for our future.

Bramson believes that certain services can only be most efficiently accomplished at a regional level. In his view, County government serves as the administrative arm of the State when it comes to social and human services. He believes that we need early enrichment programs and that delivering services to make people self-sufficient is the standard we ought to use. He has a plan for shared services that does not include consolidation. His priority would be to use creative thinking to make things happen at a lower cost.

The current annual salary for the County Executive is $160,760. As Mayor of New Rochelle, Noam Bramson’s present salary is $90,000 plus an additional $3,750 per month as consultant to US Congresswoman Nita Lowey, a long-time role that would end if he is elected County Executive.

Rob Astorino will appear on the ballot on the Republican and Conservative lines, and Noam Bramson, who is endorsed by the Independence Party and Democrats, will be on the their lines in this November’s election. If you are not sure where you need to go to cast your vote on Election Day, November 5th, visit this website: http://www.westchestergov.com/pollingplaces/.