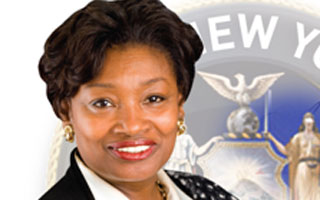 We just passed the $142 billion state budget, which is one of the most important responsibilities state government undertakes each year. Unfortunately, this year’s budget is more about who was included in negotiations and who was left out and what was accomplished and what remains undone.

In the past, the state budget has been negotiated in private, closed-door meetings between the governor, the Senate Majority Leader and the Assembly Speaker – known as the much maligned “three men in a room.” This year, for the first time, Gov. Cuomo added a non-majority conference leader to the negotiations making it “four men in a room.” We hoped this action would lead to more transparency and a reformed budget negotiation process. Unfortunately, that is not what happened and the budget process remained as secretive as ever. In fact, the most controversial of the budget bills did not become public until a few short hours before they were brought up for a vote.
The story of this budget is also about what was left out. Though the governor introduced many good policies in his initial budget resolution, the Senate Republican Majority fought, and succeeded, in having several removed. Thus, the final budget failed to implement many of the essential reforms and policies New Yorkers expect from their state government, including desperately needed property tax relief for homeowners and business owners. It also failed to deliver relief for renters and provide adequate funding for affordable housing, while inexplicably providing tax breaks for purchasers of luxury yachts and private planes.

The budget failed to address the inequality in how we fund our schools or send targeted aid to so-called “failing schools.” Instead, it adopts a policy that forces the State Education Department, which currently has an “acting” commissioner, and was responsible for the botched implementation of the Common Core, to come up with an acceptable teacher evaluation system in three months. Sadly, the new system will rely heavily on student testing, but this time for the diagnosis of their teachers rather than for improving students’ educational outcomes.

In addition to worrisome educational policies and failing to pass the DREAM Act, the budget left behind over 1.1 million hard working New Yorkers by not raising the minimum wage. The budget also failed to implement paid family leave so many of New York’s working families remain forced to choose between caring for loved ones or facing unemployment.

Scandal after scandal has rocked Albany, yet the budget failed to include more meaningful ethics policies like closing the LLC loophole and campaign finance reform that would get to the heart of the problem and restore the public’s trust.

Just because important policies were left out of the budget doesn’t mean they can’t be enacted going forward. In the remaining three months of session it is my plan to fight to work with my colleagues to grow our economy, reduce the tax burden and continue to make the voices of all New Yorkers heard.