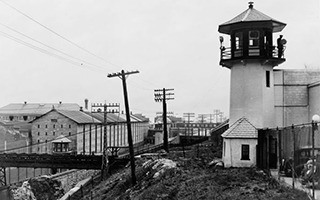 Historic Hudson River Towns has been awarded a New York State grant of $250,000 to be used for planning the Sing Sing Historic Prison Museum, a project that has recently been revived and is seen as a major economic generator by local and state officials.  The grant will support the updating of feasibility and marketing studies that are essential to moving ahead with the museum project. Historic Hudson River Towns (HHRT) is a non-profit consortium of riverfront communities that is taking the lead on the project.  Executive Director Jerry Faiella said that the size of the grant indicates that the state and the region take this project very seriously and clearly expects the prison museum to become a major tourist attraction in the Hudson Valley.

“We are thrilled by this recognition from The Empire State Development Corporation and the Mid-Hudson Regional Economic Development Council,” he said. “Everyone working on the project feels confident that plans will really take shape, now that we have this initial funding.”

One of the world’s most famous prisons, Sing Sing is still an active facility, run by the New York State Department of Corrections, whose leadership has endorsed the museum project.  Parts of the prison are no longer in use and local residents and officials hope to create a museum in the former power plant on the prison grounds. They look forward to developing a destination educational museum that tells the story of Sing Sing, while offering a historical perspective on the changing attitudes toward crime and punishment in America over the last 200 years.

Faiella is working closely with the project’s Friends group because he is certain that the new museum will be a huge benefit to all of HHRT’s municipal members.  “Visitation to the museum could easily surpass 200,000 people per year and contribute significantly to the regional economy,” said Faiella. “We see the Sing Sing museum as a national and international attraction that will have a major beneficial impact on Westchester County and the entire Hudson Valley.”

To learn more about the history of Sing Sing and the museum project, go to www.hudsonriver.com.