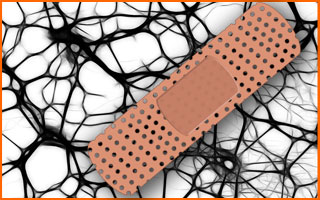 The CDC estimates that there are between 1.6 and 3.8 million concussions a year. The number is not clear and accurate because many concussions go unreported or misdiagnosed. If you suffered a concussion or any injury caused by an auto accident or someone else’s negligence, be sure to protect your rights by hiring a car wreck lawyer or a personal injury lawyer. By hiring a personal injury lawyer or an attorney focused on serious brain injuries, you are assured that you will receive the proper compensation you rightfully deserve. You should also be getting the proper treatment you need. Doctors have known for years that repeated blows to the head can cause long-lasting damage, what used to be called “Dementia Pugilistica” referring to the memory loss, confusion, and other symptoms often suffered by professional boxers (“pugilists”).

By hiring a personal injury lawyer or an attorney focused on serious brain injuries, you are assured that you will receive the proper compensation you rightfully deserve. Link to include: https://www.steerslawfirm.com/tbi/

Most  casual, amateur athletes didn’t worry much about head injuries nor did parents worry about children playing school or town sports or falling on the playground, but in recent years the dangers of concussions and repeated head injuries have become clearer, bringing this issue into the news.

This summer, County Executive Rob Astorino held a press conference announcing the formation of a task force to study the effects of concussions on youngsters playing sports and to work with coaches, parents, and medical professionals to deal with head injuries should they happen.  I’ve been appointed to this task force and I’m excited to be working with physicians, coaches, and other psychologists who, like me, do neuropsychological evaluations, often post-head trauma.  With more children playing sports, there has been an increase in blows to the head, and while most are negligible and do not require intervention, even a small bump can cause a minor concussion.

We have heard recently about professional football players who have retired earlier than planned and/or have suffered from cognitive damage due to repeated blows to the head.  While helmets protect somewhat, they can’t protect from everything.  For one thing, a concussion is not caused by something as simple as getting hit in a certain area of the head.  The brain is somewhat loose in the skull, surrounded by cerebrospinal fluid that acts as a shock absorber.  If the brain were sitting tight against the skull any swelling of the brain due to injury or illness would cause damage, since it would be pushed up against the skull with nowhere to go.  If you hit your head or get a whiplash-type injury, there is the potential that your brain will move within that space and that the fluid around it will be unable to absorb the shock adequately. What can happen is that the injury to the brain can be in a different area than where the skull was struck. For example, you are hit on the left side of the head, but there is damage to the right side of your brain because your brain shifted within your skull and hit the opposite side of the skull.  This is called a contracoup injury.  In a whiplash situation, the neurons can suffer tearing or shearing due to the quick motion.  A football helmet cannot prevent these contracoup or whiplash injuries.

In addition, helmets are not indestructible.  I’m an amateur horseback rider, and most riders wear helmets to prevent head injury in a fall.  The rule of thumb is that if you fall off a horse and hit your head you buy a new helmet.  We don’t know what damage may be done to the interior of the helmet where much of the shock absorbers are.  We can’t see inside to determine if there are cracks or other damage to the inside material, so we toss the helmet and buy a new one.  This is not cheap, but thankfully most of us don’t fall that often (I ride once a week and haven’t fallen in a few years).  I am not sure how often football players replace their helmets, or how much different a hit on the grid iron is from a fall off the front of a horse, but one would have to guess that football helmets should probably be replaced more often than they are.

In 2010, Owen Thomas, a UPenn football captain, was found dead of an apparent suicide.  Autopsy results revealed that he had the beginnings of Chronic Traumatic Encephalopathy (CTE), a degenerative brain condition sometimes found in those who play for years for the NFL.  CTE has been associated with not just cognitive problems like memory loss but also depression and impulse control difficulties.  Reports indicate that Thomas had no history of depression, and that, even though he had never been diagnosed with a traumatic brain injury, he may have had hundreds of smaller hits that started to cause damage little by little.

When I talk to people about the brain, such as when I test a young child who is having learning difficulties, I often say that we know a lot about the workings of the brain, but it’s still only a tiny fraction of what there is to know.  It’s a small organ—only about three or four pounds—but there are as many neurons (nerve cells) in the brain as there are stars in the Milky Way.  The neurons communicate both chemically and electrically and through both neurotransmitters and hormones.  The variation of IQ, language skills, spatial skills, artistic or musical ability, athletic prowess and grace indicate that whereas other organs work very much the same way in most people, our brains are very unique in how they develop and work.  It is not unusual to see the same learning disability run in families.  Schizophrenia is so genetically linked that you have a fifty times higher chance of developing it if you have an identical twin with the disease than if you have no relatives with it.  We have found genetic markers for Alzheimer’s Disease.  We’ve all met people who come from a family full of engineers, musicians, or writers, indicating that their strengths lie in similar areas.  For all that we do know, we still don’t understand much about the minutia.  We don’t know what a small head injury might do to a person, and what it does to one may not be what happens to another.

Recently there’s been some talk about banning the technique of “heading” the ball in children’s soccer (hitting the ball with one’s head), but studies have found that heading the ball, which is soft and filled with air, is not the leading cause of head injuries in children’s soccer, while player-to-player collision is.  About 70% of boys’ head injuries in soccer appears to be due to colliding with another boy.
We don’t want to discourage children from playing sports— there are more health risks to having children be sedentary and not participate in physical activity than there are to playing them in the first place.  My worst accidents were not team-sports related as a child, and they usually happened with a parent no more than 15 feet away.  Accidents happen, and we do have to allow children to play, get hurt, skin their knees, work through any fears, push themselves to improve, and recover from injuries. What we want to do is minimize the risk and treat an injury properly if it occurs, rather than panic and ban all sports.  In horseback riding we start with proper equipment and attire—we don’t ride horses in flip flops or use saddles that are falling apart.  We wear helmets so that if we do fall, we have some protection.  At some of the more dangerous levels of jumping and riding, such as cross country, many riders wear protective vests to minimize the risk of broken ribs and internal injury.  We don’t “overmount,” meaning we don’t put beginners on difficult horses, nor do we ask someone to jump over a 4-foot fence when she or the horse is not capable.  Beginners ride “bomb-proof” horses who are unlikely to act up or get scared, and will hang tight when the beginner makes mistakes and gives conflicting messages.  But even bomb-proof horses can trip, get spooked by something, or get riled up by another horse.  One memorable fall I took happened because my favorite school horse, who never does anything dangerous, lost his balance and tripped.  When his front knees hit the ground I went flying over his shoulder.  The risk of accident and injury had been minimized, but it still happened.  And yes, I hit my head, and yes, I bought a new helmet.  We can’t ever eliminate the risk, but we can try to minimize it.  We should do that in all sports, especially with children who have developing brains.

As more research is done into this issue, there will surely be more products, more regulations, and more questions about best practices.  For now, if your child gets hit in the head playing sports, in the playground, riding his bike, or running around with his friends, ask if he’s feeling any of the following symptoms: trouble concentrating or remembering, headache or sensitivity to light or noise, irritability, or changes in sleep.  Keep asking.  Ask right after the injury, a few hours later, and a few hours after that.  Ask the next day and the day after.  If your child has these symptoms call a doctor and insist on being seen.  Most likely no intervention will be required, but your child should probably get a note excusing him from gym class and should not play sports again until the symptoms have subsided.  Most concussions resolve themselves within a few weeks, even if left untreated, but you don’t want there to be risk of another injury if the child falls in gym class.  There is a lot of evidence that shows that repeated injury, especially during the time of healing, can cause more damage.

As the brain is a very complex organ, the answers and practices will not be easily determined nor will everyone have the same concerns or suggestions.  I am hoping that our task force can begin to figure out how to best help children play sports safely, and between research, experience, and trial and error we will determine the best practices and strategies.