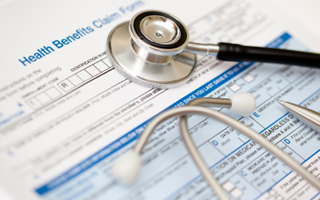 A lot of press has been given to the Supreme Court’s decision on the Affordable Care Act (ACA); understandably so—this is big news.  Unfortunately, as with so much in the media today, much of the press has been sensationalized, cut to sound bites, or just plain wrong.

This is a problem since many people either support or oppose the ACA based on the snippets that they hear, not the 800 or so pages that make it up.  Loyal readers may remember that I wrote a few articles about our broken healthcare system last year.  Consider this current article an epilogue that explains the basics of the ACA.  Those who are interested can always go read the tomes that have been written about it, but my goal is to at least cut through the media frenzy and provide some basic facts about the ACA.  I, for one, as a healthcare provider and self-insured person, am thrilled that something is being done at all.  For years we have pretended the problem didn’t exist while it continued to get worse, so I am happy that at least someone has pulled the curtain from the wizard and is admitting that the system is out of control.  Unless we are healthcare providers or have been very sick and had to deal with the limitations of our insurance, most of us don’t really understand the system that we take for granted.  Some of the things I like about this plan are that it puts some things out in the open so that we can make more informed decisions as consumers and start to fight for what we need as a society when it comes to healthcare.  I’ll bet most of you don’t know that the CEOs of the health insurance companies make somewhere in the area of 10-15 million dollars a year, while your local in-network pediatrician is getting the same fee that he got 15 or 20 years ago.  One more time: 10-15 MILLION.   Maybe you think that as your premiums have gone up the doctors you see have gotten paid more, but that is not the case. Only the CEOs have been paid more.

Here are some of my favorite highlights of the ACA:

Many people have a problem with the plan because of the “mandate.”  They think that this means that the government is becoming some kind of fascist entity that is forcing all of us to pay for something we don’t want to pay for.  What many people don’t realize is that we are all already paying for those who choose to go uninsured.  For every person who goes into the hospital and can’t pay, for every uninsured person who uses the ER as his general practitioner, we pay.  That is a nurse’s salary that can’t be paid and staff that can’t be hired.  That is a new MRI machine or money for research.  We pay higher prices to make up for those who can’t pay.  On a smaller scale it may be easier to understand….I have to set my own fee high enough to make up for those I might see at a lower fee due to hardship, who don’t pay the bill, who don’t have insurance, etc.  So let’s say I have to make my full fee 20 hours per week to pay my bills then if I want to see 10 more patients a week at lower fees, I am free to do that.  If everyone paid the same amount, no charity, no sliding scale, my fee could be lower.  But I can choose to do that; I’m in private practice. I can turn people away and direct them to a sliding fee clinic or charitable organization.  I’m not a primary care or emergency medicine physician where “first do no harm” means the most.  A hospital cannot turn away a patient, especially with certain symptoms like chest pains (and many ER “frequent fliers” know this), so when the bill does not get paid, but the nurses, orderlies, doctors, etc. still have to get paid their salaries, it trickles down to the next person coming in the door who may pay more, or through cuts in services.  If you own a home or have assets, a hospital may be able to sue you, but if you have no assets and don’t care about your credit rating, the bill never gets paid, whether that’s my bill for a couple of hundred dollars or a hospital bill for $100,000.

The mandate states that if you can afford insurance you must purchase insurance, or be charged a fine through the IRS.  This fine will be small in 2014 and go up over time.  What would basically happen is that if you need medical care and you can’t pay for it yourself or don’t have insurance coverage, you would be forced to buy coverage and fined by the IRS.  However, the IRS will not have the right to jail you or put a lien on your property, so I am not sure how it will be enforced if you refuse to pay the fine.  But either way, the government is saying, “Hey you, with the SUV and cable television and the latest iphone, I hope you left some money aside to ensure that you can get your medical bills taken care of.”  Right now those who are poverty-stricken will still get Medicaid.  Those who make up to $44,000 a year can get subsidies to help pay for insurance if they need to buy it themselves.  That’s not a lot of money in Westchester County, but in many parts of the United States, that’s a healthy middle class income, and the law will therefore help middle class people secure health insurance.  I am not sure yet how much it will cost, but someone did share with me some New York State information that estimated some prices at 300-400 dollars a month.  That is less than I pay, and I get a group rate, so clearly this is not intended to bankrupt most people.  I know many people who pay double and triple that a month (or more) to insure themselves or their families, so if they had the choice, they may choose this new option.

There is no provision for socialized medicine in the ACA.  Many people call Obama a socialist and say he wants to tax us to the moon in order to give lazy people who don’t want to work access to socialized medicine.  In reality the ACA is very much the Republican plan that was put out in response to the Clinton plan.  It is very much the system that Mitt Romney instituted in Massachusetts.  Rather than raising taxes (I believe the estimates are that we will see an increase of a few hundred dollars at most, and mostly only for those making more than $200,000 per year, who can most afford it), what it actually does is tell working citizens that they must take responsibility (far cry from socialized medicine provided by the government).  Mathematically the costs should actually come down, as any actuary will tell you, the more people paying into the pot the less it should cost each of us.

There are other aspects to the plan as well.  The ACA is the reason you have started to see calorie content on chain restaurant menus and why there is a 10% tax on tanning beds now.  Because those things are unhealthy and those who wrote the bill felt the public should be better educated as to making healthy choices.   There is also more mental health parity (which we already have in NY thanks to Timothy’s Law), which is important to me and my patients in particular, and may ultimately lower healthcare costs, as estimates are that a huge percentage of ER and general practitioner visits are actually due to mental health issues such as panic attacks that feel like heart attacks, or stress-related headaches.

Ultimately, many things may be changed or fine-tuned as we work out the kinks, but at least someone had the nerve to finally face the fact that healthcare costs are out of control in this country and try to do something about it.  It’s a start.