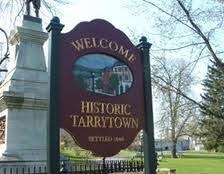 Prioritize the importance of current projects either recently completed or ongoing. Choose at least 3 areas where Village government has placed their attention.

What are some of the challenges facing your Village in terms of growth, parking, available housing, village basic services, etc.?

Current applications are presently before the Village for approximately 248 residential units at 200 White Plains Road and approximately 40 units at 29 South Depot Plaza. The Coco Property owners made a public presentation to the Planning Board about their conceptual plan for approximately 200 to 225 units with street level retail at the Mrs. Greens, CVS, and Snap Fitness row of stores in April of 2018, but they have not yet submitted their application. Other projects have been discussed in concept, but much of what will happen depends on the Zoning code. The Hitachi building has been published as being for sale, and what can and will be done with it as either office or residential space depends on who buys it, and what considerations will be al-lowed during the planning and zoning process. Parking in and around the Village remains at a premium, and the Village is al-ways exploring ways to add or enhance parking.  One of the directions that the Village has committed to is the purchase and restoration of the parking next to the former Citibank building as public parking.

Name a problem area or areas where a coordinated effort is needed within your Village. If not a problem area, then an area that requires governmental vigilance.

A coordinated effort is on-going and will be necessary between Tarrytown, Sleepy Hollow, and Briarcliff Manor for the tri-village water treatment and distribution plant and pump station. While the operation of the water systems and mine dewatering pumps will remain entirely separate to each Village, the consolidation of the treatment and pumping buildings into one modern facility could save the Villages hundreds of thousands if not more than a million dollars each.

With the anticipated opening of the Shared Use Path over the Governor Mario M. Cuomo Bridge, the adjacent and neighboring communities like Tarrytown, Sleepy Hollow, Irvington, and Elmsford will all be impacted by a significant increase in bicyclists and bike-oriented tourism.  We need to work together on matters such as the Route 9 Active Transportation Plan, and will need to plan together to accommodate more bicycle traffic, and parking areas to serve bicyclists.

What projects are on tap or in the planning stages for 2019?

Lastly, add any basic in-formation of importance for your Village that you would like our readers to know.

As always, the Village will continue to make every effort to operate the Village efficiently and effectively, within our budgeted limits, and within the tax cap implemented by New York State.  It is our priority to provide quality, friendly, professional, and affordable local services to our residents and visitors to Tarrytown.  We will continue to cooperate with our neighboring Villages, the Town of Greenburgh, Westchester County, and New York State to find ways to save money, share services, and be more efficient to keep Tarrytown as one of the best places to live in New York.

About the Author: Richard Slingerland