On Wednesday. February 6, 2013, The New York State Department of Environmental Conservation held two meetings open to the area public to receive their comments on DEC environmental permits for the new Tappan Zee bridge.  The first meeting was held at 2:00 pm and the second at 6:00 pm.The Tarrytown Marriot Grand Ballroom was set up to seat at least 200 people in both meetings.  Less than twenty people showed up at each meeting. The  6:00 pm meeting lasted less than ten minutes. A single speaker representing Riverkeeper was heard.

Now, brevity is to be applauded in public service meetings but this one crossed the line.  After all, the DEC typewritten outline for discussion was 18 pages long and single spaced.  That outline was never referred to and included such subjects as dredging, armoring, steel piles, acres of trestles supported by bulkheads, and a long discussion of threatened wildlife and fish in the environs.  When asked how the public was notified, or better, not notified, it was learned that the large daily Westchester newspaper was involved in getting the word out.  The only problem with that is that the circulation of that paper reaches well under half the area population.  They also suggested that the DEC’s website carried notification of the meeting as well, but without a broader notice, who would turn regularly to the DEC website?

All of this raises a larger issue, and that is the whole subject of a much needed new conveyance across the river.   We have gone through at least three different leadership rosters; we’ve been told we have the money and next, that we don’t have the money. We’ve never been convincingly told why a tunnel of some sort is not a useful consideration for an area that is running out of space. We don’t know whether a true rail connection will ultimately be involved, and finally, no resident knows what the lasting impact of the project will be on their homes and roads or where the entrance points on both sides of the river will be.

When asked how the DEC put together its final approvals on the permit to the New York Thruway Authority, there was similar confusion.  Whether a committee or a single individual provided the needed approval was not immediately clear to representatives from the DEC.

As to the actual beginning building date, they referred us to the New York State Thruway Authority.   The best guess at the meeting was that building of the bridge would start “early in 2013,”  but the actual permit calls for various tasks to be put in writing “no less than 45 days” before the task is to be started.  If that is the case, 45 days would carry any construction on a new bridge into April at the earliest.  That would also bring the project into better weather.

I have another thought about the lack of attendance at these meetings.

Like so many of our State and Federal projects, they start up and stop, and their costs are never close to the original estimates.  Eventually, people just lose interest in something that is an eternal moving target.  They put it on their “maybe” list.  Maybe that’s what happened here. 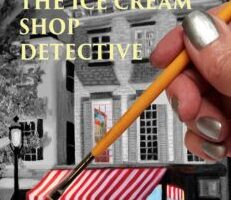 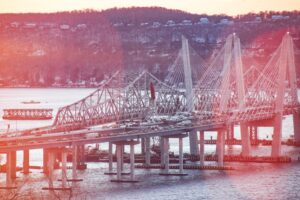