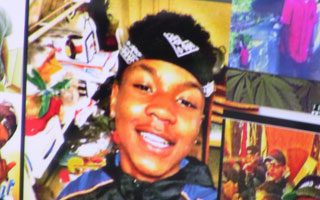 Barnhart Park in Sleepy Hollow has seen recent renovations that draw residents and their families to its playground, field area, and views of the Hudson River from dawn to dusk, when the Park closes. 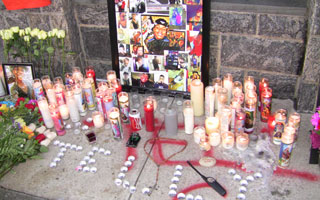 On Saturday morning, September 10 at approximately 6:15 am 16-year-old Berinzon Moronta of Storm Street in Tarrytown, was arrested as a suspect. Later that day at 4:30 pm Sleepy Hollow Police Chief, Gregory Camp stood in front of Police Headquarters along with Mayor Ken Wray, Interim Superintendent of Schools, Daniel McCann and Westchester County police and local officers. He addressed the media, detailing the basics written above, however, he would go no further except to say that Berinzon Moronta had been arraigned as an adult. 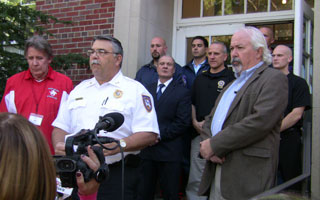 Some news agencies reported Moronta had been charged with 2nd Degree Murder and that he had been arrested in Yonkers.
Interim School Superintendent McCann mentioned that counselors would be available to students when school reopened on Tuesday after the Columbus Day holiday. He also said that Sleepy Hollow’s Homecoming football game had been postponed that day due to the tragic circumstances facing the community.