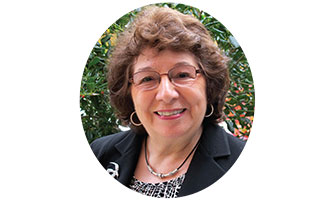 Summer is in full swing.  It’s time for cannonballs off the high board, frozen yogurt soft-serve on a waffle cone, and barbequed chicken picnics at the beach.  While many are enjoying their vacations it is easy to forget that there are people, particularly the elderly, who are either confined to a hospital bed or need to make frequent trips to the hospital.

Carole Johannsen never forgets.  As Chaplain of Phelps Hospital in Sleepy Hollow, she has made pastoral care her life’s work.  In particular, Carole focuses on spirituality and aging.  She provides pastoral care for adults from various faith traditions (or no faith tradition) and finds that most of her patients are over 65. “I spend time every day talking to elderly people in my work as a hospital chaplain. “Some are obviously pleased… most, however, are skeptical, and my first task is to convince them that I am not trying to sell my religion to them, or to pronounce last rites because they are more seriously ill than their doctor indicated.”  She offers to contact their own clergy member or someone from their congregation if they have one, and perhaps most importantly, she listens to them tell her about their lives.  She considers it a privilege to listen.  She says that she can’t describe the spiritual satisfaction that many of the patients feel after they have shared something of who they are, what they care about, and how they feel about the life they’ve led.  “All I do is lean toward them, smile and nod, meet their eyes, and ask an occasional question to prompt them. They do all the work.” Her sense of humor reveals itself when she quotes, of all people, Hugh Hefner, “We can’t know where we are unless we know where we have been.”

Carole grew up as a Catholic in Brooklyn and Long Island but later became an Episcopalian.  She graduated from Yale Divinity School in 1986. She was ordained in Connecticut in the Episcopal Church and she has served parishes of the Diocese in and around the Danbury area. She currently lives in Bedford Hills, NY.  She eventually found herself as rector of St. Luke’s in Katonah, N.Y, however, “It was not a good match,” says Johannsen.   From there she went on to become Clergy Coordinator for Phelps Hospice. She continued her training, which included 1,600-plus hours of clinical training in addition to 2,000 hours of supervised work, which ultimately led her to become a Board Certified Health Care Chaplain.  She got her Doctorate at the New York Theological Seminary in May 2013.

“One of the biggest challenges,” says Johannsen, “is that health care chaplaincy is not recognized as much as it should be. The nurses get the importance of it for the patients, not so much the doctors.”   She goes on to explain that it is a non-revenue-producing service and there is a constant challenge to educate people about what they do and why it is of value.

Chaplains provide emotional and spiritual healing for patients, according to Johannsen. You would call the chaplain when your hospitalization or that of a loved one brings up fears and concerns and you need to talk about them, when you are going into surgery and are feeling anxious or when you need or want religious materials. There are times when your illness strains your faith and it is important to talk about that or when you want someone to pray for you or administer sacraments.  Carole’s easygoing and down-to-earth manner make her a natural in this capacity.  The death of her own husband, Peter, and the experience of motherhood (she has two grown children and 5 grandchildren, three of whom live in Carmel, and two who live in Oxford, CT) have imbued her with the ability to be an empathetic and sincere counselor.

Carole’s involvement with the issues of spirituality and the aging go beyond her immediate work as a chaplain.  Her Doctoral thesis at the New York Theological Seminary was entitled, “Wisdom-making: A Spiritual Job Description for Elders.”

She is concerned with the lack of support for the elderly in their spirituality.  Home visits and food are often provided by religious communities, but there is a real lack of emotional, spiritual, and educational support during this very spiritual time in one’s life.  It is the time to reflect on one’s life, celebrate legacies, deal with issues of forgiveness, reconciliation with family members, and come to terms with  the meaning of suffering.  In her experience, Reverend Johannsen has found that many older people do not wish to attend worship services any longer.  They simply no longer find it satisfying to attend.  “They have become invisible, especially if their financial offering is minimal and they no longer serve on committees and guilds.”  She mentions that as the 4,000-year-old, ancient Hindu Vedas proffer, that every stage of life has its own tasks. “In God’s greater plan, every life counts, even the quiet patient in the hospital bed who doesn’t think anyone cares that she’s there.”  In her experience at the hospital, the elderly often feel that life has essentially ended when they can no longer earn a salary or take care of their family. If a spouse has died, they feel like they have died as well. Many no longer drive, can’t see in a dimly lit sanctuary and are no longer up for “doing” physically. Many feel marginalized. Reverend Johannsen states, “ All this at the very time when elders most need support to do the very important spiritual work that they were created to do in old age and which, ultimately, affords them the deep peace and satisfaction of a life story complete, even if still ongoing.  This is the age in which to make sense of all that came before.”  She has a conviction: that elders have unique work to do that is primarily spiritual, and that there is blessed little support for them in this important work.  She wants to shout out to clergy members: “Do you realize what a fabulous opportunity you have to do God’s work?”

Johannsen has learned much from her experience at the hospital.   When she speaks to patients who are newly disabled and terrified about losing their independence, or retired people who no longer have a discernable purpose to their lives, “I hear not just their pain, but the deeply buried hope that there is some good to come out of their situation.” She tells them, “Perhaps different does not necessarily mean worse…let me help you grieve for what you have lost, and find the seeds of what life is giving you.” She added, “I want to bring God’s love and peace to people.”

In her desire to provide some of the illusive support so desperately needed, Reverend Johannsen held a series of classes at Phelps in April.  The topics included “The Grace of Aging: How to Create Quality of Life,” “Forgiveness: the Struggle and the Relief,” “Writing an Ethical Will,” and “How to Manage Your Own Death Your Own Way.”  She also gives sermons on aging and spirituality at area churches.  She will be preaching at St. Mary’s Episcopal Church in Scarborough on spirituality and aging on September 28, 2014.

Inspired by her patients, the Reverend Carole Johannsen continues to speak up for the deeper needs of the elderly.  “Whether or not the elder years are the best  depends on how a person spends them.  I hope, and will work towards those years being a time of peace and satisfaction for elderly people, who still have much to do, much for which to live.”