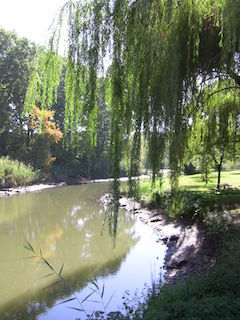 David Schroedel, the Chairman of Sleepy Hollow’s Local Development Corporation (LDC), along with Mayor Ken Wray and the Board of Trustees received two submissions totaling 25 pages of fact-checked, and professionally-backed critical comments on the Draft Environmental Impact Statement (DEIS) for the redevelopment of the “East Parcel.” This 28-plus acre parcel is located on the former GM site adjacent to the Metro North railroad tracks, Historic Hudson Valley’s Philipsburg Manor and the Pocantico River and estuary.

In what was declared the final public hearing on the DEIS for the “East Parcel,” former Sleepy Hollow Planning Board Chairman and Pace University Professor for the Environment, Nicholas Robinson, along with Attorney Abigail Jones of the Riverkeeper, left little room for doubt on the flawed document put forth by the LDC.

Mr. Robinson, Chairman of the Pocantico River Watershed Conservancy, stated, “With preparation of this Draft Environmental Impact Statement, and the SEQRA (State Environmental Quality Review Act) procedures currently being pursued by both the Board of Trustees of the Village of Sleepy Hollow, and the Sleepy Hollow Local Development Corporation as the new developer of the ‘East Parcel,’ the Village turns its back on environmental conservation responsibilities to protect both the Pocantico River, for itself and as a tributary of the Hudson River.”

Ms. Jones’ ten-page submission to Chairman Schroedel, regarding the DEIS he put forth to the Village, states, “The proposed project fails to comply with applicable local laws, including Sleepy Hollow’s Local Waterfront Revitalization Plan (LWRP) and attendant municipal ordinance.”

Regardless of what the LDC or Village elected officials want to promote on the “East Parcel,” laws are in effect under the “Special Use Permit” for that property. In essence, the LDC is, “bound by the same provisions of the Special Use Permit that the Village had conferred upon General Motors, Roseland/Sleepy Hollow LLC, and their successor, Lighthouse Landing Ventures LLC [Edge-on-Hudson].” The Permit includes the relationship between the “East Parcel,” the Pocantico River and its flood plain. It also addresses redevelopment of the River’s shore line and eight acres of land allocated by GM to Historic Hudson Valley (HHV). This land allocation to HHV is to restore the River as an “interpretation of colonial life at a 17th-18th century period at the Upper Falls Philipsburg Mill.” 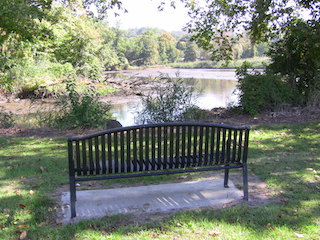 Turning directly to the Mayor and the Board of Trustees, Mr. Robinson’s submission crystallizes the fact that, “equally problematic is the failure of the Board of Trustees to maintain its Waterfront Revitalization Advisory Committee, which had advised on the General Motors FEIS (Final Environmental Impact Statement), and is an important part of the Village’s compliance with LWRP State and Village Law. The standards for the LWRP were reflected in the “Special Use Permit” process and decisions, but have thus far been ignored in this purported LDC and Village SEQRA process for the LDC’s ‘East Parcel’ proposals.”

Also brought to the attention of all present at the public hearing was a muddied and cloudy distinction between the LDC and the Village of Sleepy Hollow with regard to their collaboration on the “East Parcel.” Currently, the Village Planner, Attorney and Administrator also do work for the LDC, and attempts to get dollar costs associated with their dual services have proven unsuccessful at Village Hall. Mr. Robinson’s comments clarify the situation by stating, “It is evident that the legal regulatory duties of the Village are distinct from the property interests of the LDC. To act as if these legal entities are congruent is to confuse their respective duties. The LDC is a developer, standing in the shoes of GM, Roseland, and Lighthouse Landing Ventures [Edge-on-Hudson]. The Village of Sleepy Hollow as a local government has fiduciary duties to the citizens and their environment, through the Trustees as legislators and regulators, and through the Village Planning Board as land use regulators. The current SEQRA process muddied the waters and confuses these roles.”

Under the current Mayor, Sleepy Hollow has had four different Planning Board Chairs. To head the Planning Board it is extremely helpful to have legal knowledge in addition to planning experience in real estate. Construction and architectural knowledge is also a plus, and above all, procedural knowledge for conducting meetings and public hearings. Musical chairs may be acceptable in a recreational setting, however, with the gravity of guiding the largest development Sleepy Hollow will ever undergo, experience and constancy is called for. 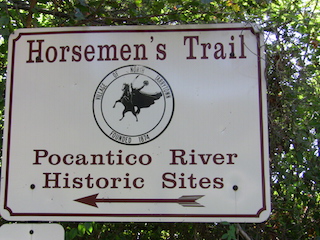 In 1990 Westchester County designated the “East Parcel” banks along the lower Pocantico estuary as a “Critical Environmental Area (CEA) and according to Mr. Robinson’s statement the LDC has ignored its obligation to “evaluate how to avert any impacts on the CEA.”

This article could continue to the lengths of a doctoral dissertion, however, suffice it to say that all residents and interested parties can read Mr. Robinson’s submission in its entirety here: https://www.riverjournalonline.com/letters/4300-re-draft-environmental-impact-statement-for-the-redevelopment-of-the-east-parcel.html

The “breach of faith with the public” comment made in Mr. Robinson’s submission needs to awaken the LDC, Mayor, Board of Trustees and the Planning Board of Sleepy Hollow. The Village had, under the previous administration, worked diligently to create sustainable development, protect environments, include residents through active, meaningful, committees and above all, plan for the future of all its people.

At present, all hands in the Village are needed on deck.