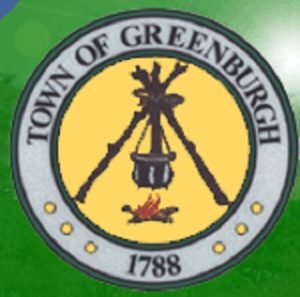 The following was posted on Thanksgiving Day by Greenburgh Town Supervisor Paul Feiner. We think it’s worth a read.

Happy Thanksgiving!  Every year I post reasons why Greenburgh  should be thankful. The following are some examples of why I’m thankful on this Thanksgiving day, 2018,

1) Town complies with the tax cap. Our tax increases have never exceeded the tax cap since the State Legislature and Governor offered the incentive to local governments. NYS enacted the tax cap to encourage communities to help end our state’s distinction of being the highest taxed communities in the United States.  On Monday I attended a meeting of the Town Supervisors Association and learned that at least three towns in Westchester plan to increase taxes by more than the tax cap this year. Residents who live in localities that are in compliance will receive a check from NYS next year. You will get your check from NYS next year!

2) Town maintains Aaa bond rating from Moody’s & Standard & Poor’s bond rating agency. We have the highest bond rating possible. As a result, when we borrow our costs are reduced by six figures!

3) Election great for Greenburgh– the mid term elections were excellent for Greenburgh. Our Congresswoman, Nita Lowey is the new chair of the House Appropriations Committee. She will be responsible for all federal appropriations. Our State Senator, Andrea Stewart Cousins is the new Majority Leader of the NYS State Senate –one of the most powerful leaders in NYS. And, Congressman-elect Sean Casten from Illinois is a graduate of WOodlands HS and Phil Weiser, my first campaign manager for Town Supervisor is the new Attorney General of Colorado.

6) Groundbreaking -start of construction for new assisted living facility at the former Frank’s nursery.  For years the nursery was the subject of lots of controversy over potential uses. We worked with the community and reached a compromise!

7) Taking steps to revitalize 4 corners in Hartsdale. The Town Board sent a proposed vision plan to the Planning Board and we purchased two old building on W Hartsdale Ave that could be removed and used for an eventual right turn turning lane –to reduce traffic congestion on W Hartsdale Ave.

8) Students stepped up and helped organize the winter 2018 snow angels program– helping seniors and disabled residents after each snow storm. The snow angel program will soon begin our 28th year of service to the community.

9) 36 student interns worked at Town Hall this summer and lobbied NYS to repave NYS roads located in Greenburgh. They met with the regional director of the NYS Department of Transportation, our state lawmakers. They organized on line petitions and their efforts attracted the attention of the media. They worked with the Town Attorney, Town Clerk who arranged for interesting meetings with prominent community leaders and learned about government. Today’s interns will become tomorrow’s officials!

10) The Town Board approved plans to upgrade our website: www.greenburghny.com. Implementation scheduled for 2019. Less clutter. Easier to find info you need.

11) We received a grant to  study ways to improve the 119 corridor – and are working with other localities and NYS to make the corridor more bicycle friendly.

12) Working with the Greenburgh Nature Center, Greenburgh opened up a food scrap recycling drop off location at AF Veteran Park. The program is enormously successful and we hope to eventually have curbside pickup of food scraps. We’re expanding the initiative to the villages within the town.

13) In February the police chief announced that burglaries are at the lowest level since we started recording burglaries. Thank you Greenburgh Police.

15) The Town Board appointed a highly qualified new Town Judge – Christie D’Alessio who was elected to a full term as Judge.

16) During the first quarter of the year many residents experienced power outages. Thankful to the CERT volunteers who provided emergency shelter and assistance to neighbors without power. And thank you to the Greenburgh Police for responding providing help to those neighborhoods that experienced downed trees.

17) Although the town foreclosed on properties that hadn’t paid taxes we were able to help hundreds of families and property owners avoid foreclosure by putting them in touch with non profits and groups who were able to help them come up with a plan to save their properties.

18) Greenburgh is a diverse community. We celebrated the 17th year of the Evergreen Chinese Club- which meets at the Theodore Young Community Center.

19)  The post office continues to make lots of mistakes (mail not delivered, if mail is delivered some mail delivered to wrong addresses). Reached out to the United States Postmaster General and other Washington officials. Believe we got their attention. They replaced the Hartsdale Postmaster and made some other changes. There are still major problems but hopefully they will work to improve the service.

20) Our Greenburgh Human Rights Committee is one of the most active committees around. Among initiatives: they produced a know your rights video for immigrants.

21) The Town Board approved funding and design for a new light at Sprain and Ardsley Road. I anticipate that the light will be installed in the spring. Had hoped it would of been installed by the end of this year but the engineers needed more time.  People have been asking for the light for decades!

23) After reports of coyote sitings a representative of the NYS DEC made a presentation to the Town Board, advising residents what to do if they see coyotes. Over 1000 people have already seen the video! It’s very helpful.

24) After years of controversy some positive action:  Westchester County, the town of Greenburgh agreed to turn the former WESTHELP homeless shelter into affordable housing for seniors. Construction to take place in 2019.

25) I’m an avid cyclist and I’m excited that the new Mario Cuomo Bridge will include a bike path–something I advocated for. This past week I learned that NYS will be working with the arts community and installing sculptures at both ends of the bridge. I had called for an outdoor art museum along the 3 mile path.

26) We continue to work to make Greenburgh more pedestrian friendly. The design for the Columbia Ave sidewalk, Central Ave sidewalk (Marion to W Hartsdale) and Fair Street to Juniper Hill have been finalized and the new sidewalks should be open to pedestrians before next summer. We have applied for grants to build a sidewalk on Hillside, are working to build a sidewalk on Old Tarrytown Road and in other neighborhoods around the town. A new railing for pedestrians using the relatively new sidewalk from the Scarsdale Golf Club to E Hartsdale Ave will be installed soon to reduce the stress levels for pedestrians worried about walking down slippery sidewalks.  We are working with the county to improve the crosswalk on Ardsley Road/ Edgemont Road and hope that plans will be finalized very soon.  We have given out free reflectors to pedestrians –it’s difficult seeing pedestrians, dressed in dark clothing walking.

27) A new café will open at the Greenburgh Library – thanks to a NYS grant.

28) Making progress on the 9A bypass –a road improvement that has been talked about for decades.

29) Riley Wentzler and Felicia Barber appointed assistant Town Historians. They write an interesting article we post on the town website about Greenburgh history,

30) We’re involving the community in the decision making process- the future of Elmwood. The controversy: single homes or senior condo’s. People have different thoughts. Representatives of both sides will help select a consultant to review the proposals, analyze the traffic and quality of life impacts.

31) The Appellate Division of the NYS Supreme Court  unanimously ruled that my decision to deny the Edgemont incorporation petition was correct because the statute was not complied with. Incorporation proponents have announced that they will ask the NYS Court of Appeals to hear the case (which is discretionary). I was pleased  with the Appellate Division ruling because it confirmed the fact that my decision was based on the statute not being complied with, not my views on whether or not incorporation is good or bad for the town.

32) We have a very dedicated Town Board, department heads and town employees. Many answer e mails late in the evening, weekends and holidays. They really care about the town. Grateful to the team.

33)  A group of retiree’s with extensive management experience, meet with me (some weekly) to review my management style and to make constructive recommendations. This has been extremely valuable and helping to make the town more efficient.

34) Previous County Executive’s said no, but our new County Executive George Latimer is working with those of us who advocate allowing a limited number of non motorized row boats on the Sprain Lake off of Jackson Ave. I have been pushing for this for many years. If we can work out the details area high schools will be able to provide students with another college scholarship opportunity -rowing.  And we will be turning a beautiful lake into an important recreation asset for our community.