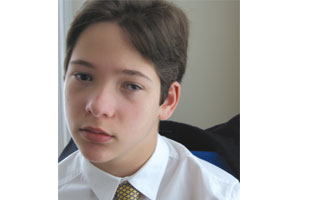 Standing on the dock, I was a nervous wreck as I thought about the conditions in which I would be doing this. Suddenly, the boat pulled up. I forced myself to step one leg over the hull and got down. The captain unraveled the lines that held the boat fast to the dock and we slowly started to drift away. The wind was furious, rocking the boat up and down at a 45-degree angle.

We got away from the dock in a matter of minutes. Then, considering there was nothing to block the wind, the boat took off. Then, I felt a drop of water hit my head with a small plunk and I thought, “Ohhhh no!  The heavens are opening up in a matter of seconds.”

Sure enough, right on cue, the heavens opened. Sheets of rain buffeted the deck, the wind battered the sails and the waves smashed against the hull as we made virtually no progress whatsoever. It felt like hours before we even got beyond the other moored boats.

Finally, when we reached open water, I dreaded what I saw! The other boat that was going out on our group trip, was getting rocked as if it were a toy. Then the wind subsided slightly, allowing us to make a couple of changes. The captain prompted me to tell the crew that the sail must be reefed down. All the sailors went quickly to work at my command. I tugged and pulled until finally, the sail shrank to a reasonable size for the conditions. I thought, “Wow! I’m loving this; the sea foam spraying my face and the wind whipping my hair. The sound of the sails fluttering in the wind and the winch clicking as the lines were tightened.”

As we slowly made our way back in, in my head, I was making an impossible decision: Should I tell my Dad the truth about the bad weather?  Should I mix lie and truth? Should I tell him a white lie or what? I wasn’t sure how my Dad would react, and I didn’t want him to forbid me from going sailing again. I decided to tell him a white lie. I would tell him that the sailing trip was great and that nothing went wrong.

Every nautical yard we got closer I started to shift from foot to foot. It felt like there was a flying trapeze artist flipping over and over in my stomach. As the boat bumped against the dock, my Dad was looming over me, asking me how the trip went. My face got hot and reluctantly I began my false explanation. After I was done, he had questions that I wasn’t expecting, like—“Are you sure you didn’t get into any trouble?!  The sky looked so menacing and the conditions  were very rough. Were you warm enough? Did you get bounced around a lot? Did you manage OK?”  I was worried so I did not respond. “Well?” asked my Dad.

“OK, Dad, we did get into trouble. It was windy out there.  The waves boomed against the hull. I didn’t know what to do.”   My Dad didn’t say anything so I just kept on talking. I begged him, “Dad, listen to me. I want to continue sailing. If you’re thinking about restricting me, don’t.”

When I got home, I tried to recreate the story for my Mom. It was hard telling her a twisted truth. I got the feeling that she suspected that I wasn’t being honest. She slyly said,  “Avery, just tell me the truth.” I turned
red-faced as soon as she said it. I felt like I wanted to hide. I had never told a lie in my life, or at least not often, but I wanted this to be a secret between me and my Dad.  So I never told my Mom the true story.
Before this event, I was hesitant about going on sailboats. I learned that not only do I like sailboats, but I love the excitement and the potential danger of the open water. Now, I’m eager to spend a day on a boat in the Long Island Sound.

[blockquote class=blue]River Journal invites local residents to submit stories they have written. This piece is from an Irvington Middle School student who has Cerebral Palsy.[/blockquote]