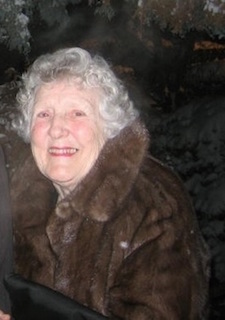 Anne Emison Harmon, of Irvington-on-Hudson, NY (since 1962) died of lung cancer at age 83 on Wednesday, December 14, 2016 at her home with her loving family around her.  She is survived by her husband Howard, son James, daughter Julia, grandson Julian, and son-in-law, Ugo.  In addition, she is survived by her sister, Mary Dee Emison Davis and brother-in-law, Phillip C. Davis along with her two nephews, Robert (Kim) and Bradley (Imelda), and niece Sandra (Keith) as well as 9 grand-nieces and nephews.  Born to Robert and Dorothy Emison on January 3, 1933 in NYC her full name was Elizabeth Anne Emison. Anne grew up in North Tarrytown, NY (now Sleepy Hollow) and Scarborough, NY, was a graduate of the Masters School ‘50, Dobbs Ferry, NY and DePauw University ‘54, Greencastle, IN. Anne was employed by TIME Magazine 1955-1962 until her marriage to Howard (affectionately known as Bunkie) in the Fall of 1962. (He was also a previous resident of North Tarrytown and Scarborough.) Anne and Bunkie shared their whole married life in Irvington while raising their two children.  Anne became an active Board member and officer of the Association for Mentally Ill Children of Westchester (AMIC), was sponsor of the Clearview School, where she was involved starting in 1968 as a parent, volunteer, and part-time staff member soon after her son, Jamie, was diagnosed with autism. Her other activities included: being former member of the Junior League of Westchester-on-Hudson, member and past President of The Thursday Club, and Altar Guild member of the Church of St. Joseph of Arimathea.

A Memorial Service will be held at St. Joseph of Arimathea on April 1, 2017 at 10 am, with a lunch reception at 12 noon immediately following at the Sleepy Hollow Country Club, 777 Albany Post Road, Briarcliff Manor, NY 10510.  RSVP to: julie@unitybridges.org for attendance at the luncheon.  Contributions in her memory can be made to: Clearview School (AMIC), 550 Albany Post Road, Briarcliff Manor, NY 10510; or Opengate, 29 Warren Street, Somers, NY 10589; or St. Joseph of Arimathea, 2172 Saw Mill River Road, White Plains, NY 10607. She will be terribly missed by many.