[The information presented here is authored and submitted by Rhea Mallett. – Ed.] 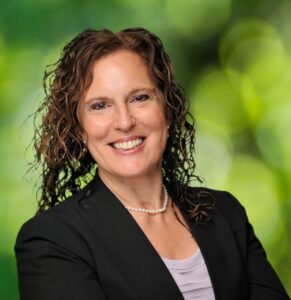 Mallett has volunteered in the community in a variety of ways, most recently holding positions on initiatives important to the fabric of the village. She co-chaired Briarcliff Manor’s 2020 Census Complete Count Committee at the request of the Village Manager. Working with several residents, she maximized resident participation and self-reporting for the 2020 Census through public education and community outreach. Mallett also served on Briarcliff’s Police Reform Task Force, created by order of the NYS Governor, meeting monthly with local officials and residents to review police policies, incorporate public opinion, host public forums, and ultimately issue recommendations adopted by the Village Board of Trustees.

Pastor Anthony Karlik, who chaired the Police Reform Task Force, speaks highly of his experience with Mallett. “Rhea took a lead role as a member of this committee, she helped conduct public workshops and stepped up to author the draft of the report that went to the Village Board of Trustees. The Village would be lucky to have her as a Trustee serving the entire community.”

As a concerned resident, Mallett also shared comments and suggestions on proposed local laws at public hearings and board meetings, including the Wetlands Ordinance and Property Maintenance and Noise codes, helping to ensure the outcome of adopted laws reflect the values of our community while protecting both our homes and natural resources.

Mallett is an experienced attorney with broad experience that includes a background in government and politics, having worked for the Mayor of New York City, as well as a private law firm, non-profit agencies and political campaigns. A graduate of Amherst College and Columbia University Law School, she is currently studying land use and sustainable development as an LLM candidate at Pace University’s Elisabeth Haub School of Law, which is the top-rated program in the nation.

Mallett stated, “Briarcliff Manor faces unprecedented upcoming opportunities, including new proposals for major tracts of land, renovations to the Central Business District, and continued enhancements to parks and trails. My legal expertise and land use training is specifically relevant to many of these projects, and I am excited to bring all my experience, training, and dedication to complement the skills and talents of current Board members.”

Mallett was inspired by the work of the current Village Board to improve Briarcliff Manor for everyone living and working in the Briarcliff to seek the position as Village Trustee. She added, “I look forward to the opportunity to work with current Board members while continuing to volunteer for the Village by representing all residents as a Village Trustee. It would be an honor to serve as Trustee and ensure Briarcliff continues to be a vibrant and unique village in Westchester County.”