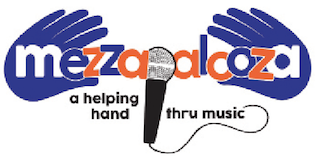 Seven years ago, John Mezzatesta, a beloved member of the Briarcliff Manor community, died suddenly after a very brief illness at the age of 38. Although his family and friends were devastated by their sudden loss, out of that tragedy was born an organization that has since raised over $250,000 for families in Briarcliff who were in need of support following a life-changing event.

When John died, a group of his friends, led by Andy Hite, decided they wanted to do something to not only honor John but also to help his family.

As the group talked, they realized that many of them were amateur musicians. So the Mezzapalooza Battle of the Bands was born.

In 2012, Mezzapalooza’s first year, the village of Briarcliff Manor provided the pavilion for the event. Through ticket sales, a silent auction and donations from members of the community, over $57,000 was raised for the Mezzatesta family.

“Mezzapalooza has become an annual, community-enhancing event that really exemplifies the generous and caring spirit that makes Briarcliff Manor a special place to both live and work”, said Phil Zegarelli, Briarcliff Manor’s Village Manager.  “Born from the sudden and untimely death of a resident and the focused desire to support his wife and young family, our Village officials and staff have been happy to support this grassroots organization’s efforts from their start in 2012. We look forward to doing the same for many years to come as Mezzapalooza has expanded to support other Briarcliff residents in time of need.  While unassuming in its role and efforts to serve the community, each annual event is really a ‘party with a purpose’. If you’ve never experienced it, you’re missing out on a truly special musical event.”

On December 8 at 6:30, Mezzapalooza VII will take place. This year’s event will be at Saint Theresa’s Gym, 300 Dalmeny Road in Briarcliff. The event will feature three local bands – Angry Neighbor, Blame the Dog and Off the Record, The silent auction will include a foursome at Hudson National, Knicks and Rangers tickets and many more items. Food will be provided by world-famous Mike’s Deli of Arthur Avenue.

This year, all money raised at Mezzapalooza will benefit the Fash family. Earl Fash passed away suddenly just over a year ago. A long-time resident of Briarcliff, Earl had an undying passion for music, muscle cars, and most of all, his wife Julie and sons Camron and Sam.

Tickets to Mezzapalooza VII are fully tax deductible and are available at www.mezzapalooza.org. If you’d like to make a cash donation or provide an item for the silent auction, contact Andy Hite at mezzapalooza@gmail.com.