Tompkins Financial Corporation, parent company of Mahopac National Bank, reported double-digit increases in both net income and diluted earnings per share for the fourth quarter of 2009 compared to the similar period in 2008.

“We are obviously pleased to report  record  earnings in a year when the financial services industry has seen  significant  turmoil  and many in our industry have reported losses,” said Stephen S. Romaine, Tompkins Financial President and CEO.

“As good as our 2009 results were, comparison of growth in diluted earnings per  share between 2009 and 2008 would have been even stronger if certain non-recurring items were excluded from 2009 and 2008 year-to-date results.”
These non-recurring items included $1.4 million of expense ($0.07  per  diluted share) related to the FDIC’s special deposit insurance assessment which  negatively impacted 2009 earnings, and $1.6 million ($0.09 per diluted share) of pre-tax revenue related to the VISA IPO in the first  quarter of 2008, which had a favorable impact on 2008 year-to-date earnings.

Echoing the theme of challenges faced by the financial services industry, Gerald J. Klein, President and CEO of Mahopac National Bank, states, “While this past year was a challenging year for our industry and our economy, Mahopac National Bank continued to grow our core loan and deposit business, and we more than doubled new Residential Mortgage Loan Originations over the prior year. We have continued to make responsible loans in our communities, and our new customers have come to appreciate the value of establishing a personal relationship with a bank that listens to their needs.  As part of our ongoing expansion in Westchester, we will be opening a new Wealth Management Office in White Plains in the second quarter under our affiliate, Tompkins Financial Advisors, Wealth Managers since 1891. We are excited about our new location in the heart of White Plains, and the growth opportunity for new business.” 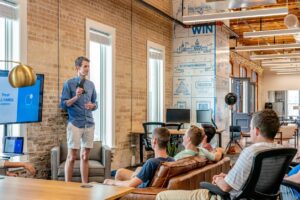 Leadership Skills: What You Need to Know to Effectively Manage Your Team