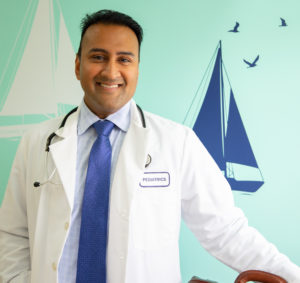 The classic image of a small-town doctor harkens back to simpler times. This doctor is a fixture of the community, familiar to everyone because he delivers all the babies and gives everyone their shots. This folksy character is ingrained in many of our brains from old, black-and-white television shows and movies, but Dobbs Ferry pediatrician Nitin Gupta is very much real and carries on this tradition.

Toward the end of 2018, Dr. Gupta made the bold move of introducing house-calls back into the realm of pediatric care. Now, his patients can reach him anytime, and—even better—at an affordable rate. Gupta doesn’t accept insurance, so there are no co-pays, just one flat monthly fee of $150 for children under a year old, $125 for children under four, and $100 for those older than five. (He also offers discounts to families with multiple children.)

“Growing up, doctors were highly regarded. They kind of knew everyone in town, and they were held to a different standard.” Gupta said. “We lost that. Now…everyone hates their doctor, everyone despises the medical system.”

Rather than solely describing his services as a throwback, Dr. Gupta aligns himself with an emerging, albeit very small, trend referred to as Direct Primary Care or “concierge” doctors. These more 21st-century-appropriate terms are applied to doctors who avoid the complications of the healthcare system and keep costs down for patients. Though this may not be as lucrative financially as the standard course of current medical care, it allows for a higher retention rate of patients while keeping overhead down.

Dr. Gupta estimated that his own overhead is only around $50,000, which includes the cost of the office for his pediatrics practice. He has no staff, not even a nurse, because he personally takes the vitals of patients. He also doesn’t have a receptionist, since he doesn’t need someone to sort out insurance information, and he takes many of his calls on his cell phone. He explained, “I’m trying to go as low as possible to prove a point. Medicine really doesn’t have to be that expensive. I even scrub my own floors here and take out my own trash.”

Adults can also take advantage of Direct Primary Care services at Rivertowns Pediatrics, thanks to the recent addition of family practitioner Dr. Lori Solomon. Many small business owners call the River Towns area home, and they struggle with the cost of insurance, frequently leaving them with only being able to afford high deductible plans, and there are also adults who simply can’t afford insurance. Dr. Solomon alleviates that strain. For $100 a month—an all-inclusive fee with 24/7 unlimited visits, phone calls, telehealth, and texting—more adults in the community can afford her without worrying about the too-often hefty price tag attached to getting sick.

A board-certified pediatrician who trained in gastroenterology at Cornell Weill, Gupta first began thinking about taking the route of Direct Primary Care last year during one of the worst flu seasons he’s seen. Funding for CHIP (Children’s Health Insurance Program) lapsed, leaving many kids without health insurance and parents struggling to pay for essential health costs. Gupta soon put his plan into play, while also guaranteeing hour-long routine visits, as opposed to the five minutes or so many doctors spend with patients. (He plans to keep doing this by eventually reaching a maximum of only about 400 patients.) If a kid needs to be admitted to the ER, he goes with them, and he’s available 24/7. While staying in a New York City hotel with his wife on their recent anniversary, he even found himself FaceTiming with a parent at four in the morning about a sick child.

“The problem is society is now getting used to the fact that doctors are now employees, and doctors have been trained that way. That’s not me. There’s still a few of us out there where it was more of a calling, because I can make way more money on Wall Street,” Gupta said through his infectious and nearly ever-present laugh. “It’s a passion. So me being on call 24/7 is not a problem. I’m actually like beating my chest when I get a call. Yeah!” 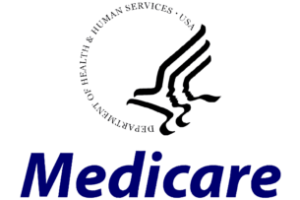