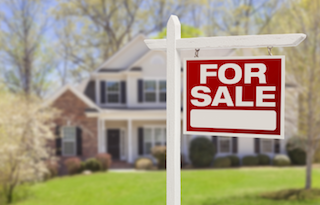 Recently, Bloomberg News published an article indicating that Westchester home sales have plunged. They blamed the President’s tax overhaul. (Article below) Higher end homes are facing a harder time than starter homes which seem to be having a much easier time selling.

I invited three local realtors- Michael Bryant, Natalie Werner and Marilyn Krizansky to appear as guests on my WVOX weekly radio program.  They discussed the local Greenburgh housing market and shared info –about the housing market in different neighborhoods. Some sections of town are doing better than others.

The realtors also discussed other factors that impact home sales. I asked them to share their thoughts on what potential home buyers who are considering moving to Greenburgh want.  If you’re a realtor and have additional comments and would like to discuss your views please advise. This is an important issue and the more feedback the better!

I feel bad that some neighborhoods in town are experiencing a home sales slump and want to be of help. Over the years I have chatted with potential home owners–I also take families on tours of the town before they sign a contract–showing residents our town parks, library, community centers and highlighting our excellent services.  We’re working hard to make government as efficient as possible.

If you have any other suggestions as to action steps that we could take to help the housing market in all sections of town please email me at pfeiner@greenburghny.com

Purchases in the northern suburban county — which shoulders the biggest property-tax burden in the U.S. — plunged 18 percent in the second quarter from a year earlier, the most since 2011, according to a report Thursday by appraiser Miller Samuel Inc. and brokerage Douglas Elliman Real Estate. It was the fourth consecutive quarter of sales declines.

“We’re seeing buyers take a second to understand the math,” Scott Elwell, Douglas Elliman’s regional manager in charge of Westchester and Connecticut, said in an interview. “They’re spending more time with their accountants and really understanding how this plays out.”

Home shoppers are holding off on purchases in Westchester amid concerns that they can no longer write off their sky-high property taxes. Federal rules approved in December set a $10,000 limit on deductions for state and local levies — well short of the $17,179 average that Westchester residents paid in property taxes last year, according to Attom Data Solutions.

Even before the tax changes, years of rising values were already making Westchester less affordable, said Jonathan Miller, president of Miller Samuel. The median price of homes that sold in the three months through June climbed 5 percent from a year earlier to $525,000, according to the report. Prices have increased in all but three quarters since the beginning of 2013.

The drop in transactions is likely to continue. On June 30, there were 8.8 percent fewer Westchester homes in contract than there were on the same day last year, brokerage Houlihan Lawrence said in its own report. The biggest decline was for homes priced from $1.5 million to $1.99 million. Pending deals in that range fell 17 percent to 94.

This article was provided by Bloomberg News.