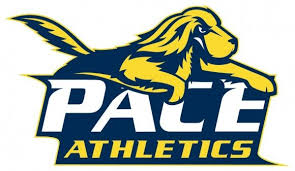 You aren’t likely to find college football odds for the Pace University Setters football games. In fact, the NE10 is pretty much ignored at all major sports media and sports statistics sites.

The lack of national coverage doesn’t mean that Pace football is lacking in the excitement department. And for Pleasantville – and surrounding areas– football fans, there is a lot to be excited about. Last year the Blue and Gold went 7-3. This is the best record the Setters have had since moving up to NCAA Division II.

Except for sites like liontips.com/tips/hockey that take the pain to dive deep into the leagues to cover sports events at such less-publicized communities, you don’t find such information on mainstream media. But who is to blame for this? A scarcity of journalists to report events or the total lack of audience for such events? This is a question that has been asked for ages, forcing brilliant talents in such leagues to miss out on their deserved share of media attention.

Oh, you thought Pace football was badly starved of talents?

2019 will be one of the most competitive seasons yet. But now, settling into their sixth season with Andy Rondeau at the helm, the Setters are poised for another great year of football.

Speaking of competition, the season opener at home was an incredible game. Although the Blue and Gold lost, it was a nail-biter of a game. They had settled into a 17-7 lead over the Millersville Marauders by halftime. However, the Marauders fought back, scoring two unanswered TDs to take a 21-17 lead. Halfway into the final quarter of play, the Setters put a 44-yard 3-point bomb through the uprights to bring the score near even at 21-20 and then got a big defensive stop on the next series. Carlton Atkins drove the team downfield and set Pat Davis up in field goal position once more; the ball was snapped with Davis lined up to take a shot at the 42-yarder with just six seconds left. His foot made contact with the ball, but as the football soared towards the uprights, you could see that it was going wide-left. The Morrisville Marauders survived.

Week 2 held a little bit of redemption for the Pacer football squad. Southern Connecticut State fell to defeat at the hands of the Blue and Gold. The 31-14 victory marked the Owls’ second straight loss to the Setters.

Once again, Pace University was out front after two quarters.The Setters held a decisive 24-0 lead. But the Owls did try to make up some ground in the third and fourth quarters, putting up a touchdown in each. It wasn’t enough, and the Setters got their first win of the 2019 season.

The first two games of the season were in Pleasantville, NY. Now the Setters will hit the highway to face Franklin Pierce on Saturday in New Hampshire.

The Ravens had a rough run of it in their inaugural Division II game against the Wesley Wolverines. They were routed 69-0. However, they didn’t let the devastating defeat define them and bounced back in Week 2 against the Curry College Colonels with a 29-27 win.

This Saturday will be another first for the Ravens. It’s their inaugural NE10 conference game. It’s also homecoming and family week, so the Ravens have a lot to play for and shouldn’t be underestimated.

Now the two 1-1 teams collide, and only one will leave with a record that remains above .500.

They are also outperforming their opponents in a crucial yet often overlooked stat: penalty yards. Pace is averaging 43 penalty yards per game to their opponents’ 68.5. The Setters are putting up 232 rushing yards per game, which is more than the Ravens’ total average yardage of 176 per game. That said, the run defense is a soft spot in the Setters’ D, and they have allowed 296 per game. So, we could see the Ravens up their rushing average slightly.

The Blue and Gold are passing for 201 yards per game, which is slightly better than their opponents’ average in 2019 and more than twice as good as the Franklin Peirce Ravens’ 99 yards per game. This also falls in line with the 263 that FP has allowed per game.

Although it’s a road game and Franklin Peirce’s homecoming, we should expect the Setters to pick apart the Ravens’ both through the air and on the ground, putting up over 400 yards on Franklin Peirce.

Get ready to cheer for your Pace football athletes as they move to 2-1. 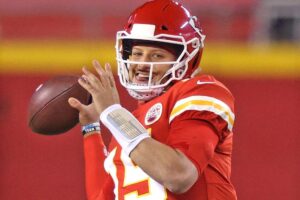 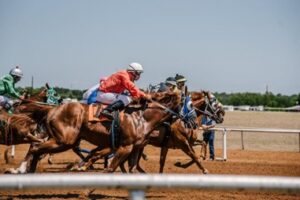