The New York Giants have emerged as shock contenders for Super Bowl glory this season. The team is off to a 3-1 start to the current campaign, having beaten the Chicago Bears at home this Sunday, rolling away to a 20-12 win over their latest opponents.

The Giants kicked the regular season off with a marginal 21-20 win over the Tennessee Titans, followed that up with a victory over the Carolina Panthers to the tune of a 19-16 scoreline before losing to the Dallas Cowboys on September 26. They returned to winning ways against the now 2-2 Bears at the MetLife Stadium on Sunday.

“You have to be really encouraged by what you see for the first four weeks of the season,” former NFL quarterback Rich Gannon opined, via the 33rd Team.

“A team that plays with a lot of heart. Not the most talented. The offensive line, not very good … I feel for Daniel Jones. It’s tough playing quarterback when you don’t have the tools in your toolbox. You don’t have the players around you that can make big plays. But you’ve got to give a lot of credit to Brian Daboll … they’re going to lean on Saquon Barkley .. and while they’re not a very talented team, I think the Giants are going to be a tough out the rest of the way. They’re well-coached, they play hard, they’re physical.”

Jones was unfortunately forced off with a left ankle injury that saw backup QB Tyrod Taylor step up in his place. The Giants were leading 17-12 at the time.

Taylor had to exit the game too, having suffered an injury himself – he took a hit to the head. The troubling turn of events had running back Saquon Barkley thrust into the signal calling spot for three plays before Jones returned to the field.

New York held on for the win, improving to 3-1, their best start since 2011. The last time the Giants got off to such a good start, they ended up winning the Super Bowl. Persons involved in the New York sports betting scene could be in for quite the campaign, with the Giants still far from favored by the bookmakers, who have them at 100/1 to go all the way.

The Green Bay Packers, who are among the favorites at 9/1, are next up for the Giants. A win for New York in London next Sunday would definitely see the odds shorten.

Meanwhile, the Giants could be set for a reunion with veteran safety Landon Collins, according to Jeremy Fowler of ESPN. Collins was drafted by the Giants in the second round of the 2015 NFL Draft, trading up from the eighth pick to snag the former Alabama star.

Collins had a breakout second year in the pros, posting one of the best-ever personal campaigns by a safety in league history with 125 total tackles, nine tackles for a loss, four sacks, and five QB hits. His contribution to the Giants was one of the main reasons they returned to the playoffs, having registered an 11-5 season.

The 28-year-old was selected as a first-team All-Pro that season, also making the Pro Bowl, as well as the next two.

Collins spent three years with the Washington Commanders after he left New York as a free agent in 2019. While he was still one of the best safeties around, injuries prevented Collins from showing out the way he had for the Giants. He was hit with a torn Achilles in 2020 and suffered a foot injury last year.

The Commanders released Collins following the 2021 season and he remains available as a free agent. Fowler reports that the Giants hosted their former star safety this Monday and a reunion could be underway.

The team’s secondary is in need of reinforcements following Julian Love getting concussed during Sunday’s game. Should they bring Collins back, he would be a great fit for Wink Martindale’s system and would give the Giants added options in the manner Xavier McKinney and Dane Belton are deployed.

The Giants are also understood to be hosting guard Solomon Kindley as their starter, Mark Glowinski, sustained an ankle injury on Sunday. Glowinski was able to return to the game but New York could have depth concerns that they need to address.

Kindley came into the league via the path of the Miami Dolphins, who drafted him in the fourth round in 2020. He started 13 games out of a potential 16 during his rookie season and was a favorite amongst the supporters but had problems keeping his place on the depth chart. He was eventually cut by the Dolphins, with the team opting to part ways with him this summer.

As to whether the Giants sign either/both of these players remains to be seen. 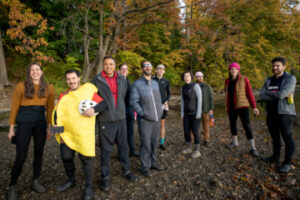 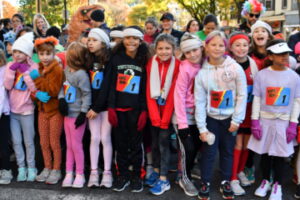 Breeders Cup Explained: Everything You Need To Know About The Event