The NFL season is set to get under way on September 8th, and if the league decides to go with its tradition, the winners of the Super Bowl, in this case the LA Rams, will get the show on the road in the first game of the season. In the meantime, teams will be getting prepared and the ever-exciting NFL draft, which began on April 28th and ended on April 30th, has long come to its conclusion. The draft consisted of seven different rounds, and the Jacksonville Jaguars held the No 1 pick, followed by the Detroit Lions and the Houston Texans.

Both teams and fans will be eager to find if teams’ picks will reward their faith in them. Below is a pick of some of the rookies to watch out for in the NFL 2022 season and their teams when considering betting on NFL futures.

Kenny Pickett is not only already living in the same city, but also training in the same facility as his team, the Pittsburgh Steelers. The stability of the team provides him with all the opportunities to succeed. Pickett is an athletic passer and boasts above-average bulk for a quarterback. His throwing is accurate on all three levels, and when in rhythm he can really throw a deep ball. His competitive spirit is second to none and he’s happy to take a hit to gain extra yards. He also has the confidence to win over the rest of his team and will add real muscle to the offense.

The New York Jets have taken Ahmad Gardner under their wing as a cornerback and will be hoping he can generate an immediate impact for them. Considering he was seen as the top cornerback in the draft, there’s a strong probability of this, and the team will be hoping it’s like having Darelle Revis back. Gardner is a long strider and covers lots of ground, and runs well when he hits top speed. He has good ball skills and can calmly locate and play the ball in the air. In his run game, he shows real aggression and quickly looks to wrap-tackle when filling running lanes.

The Philadelphia Eagles, in the form of former Nebraska center Cam Jurgens, have gone for depth. Jurgen is a versatile, natural athlete — he also threw the shot put and the discus — and has played in several different positions on the football team. He has above-average core strength, good mobility and, light on his feet, can track and zero in on targets up to the third level of a defense. He likes to go on the attack and will give his team 100% effort and then some during games.

Drake London is a unique pass catcher whose talents could change the games for the Atlanta Falcons. His most obvious attribute, of course, is his size. He’s a former basketball player and all those days of jumping above the rim serve him well in situations when he has to jump for the ball, especially since he has long arms that can seemingly pluck balls out of thin air. He’s able to catch balls that seem uncatchable, and once he has the ball in his hands, he’s able to hold it close to his body.

One of the more surprising elements of London’s game is his athleticism. He has quick feet for such a big frame and is able to change direction with ease. Just as impressive as his athleticism is his understanding of the game. He possesses an uncanny ability to spot gaps in coverage, which allows him to create more space, and when play breaks down, he can find a position in which the quarterback will locate him.

The Buffalo Bills have drafted in Kaiir Elam from the Florida Gators and this isn’t likely to be a decision they’ll regret. This cornerback moves extremely well and has no trouble switching direction. He can stop and start with impressive control, and displays outstanding footwork. Ultimately, he boasts an unusual combination of fluidity, explosiveness and length, and wastes little movement.

To be a cornerback, however, isn’t just about physicality. Elam is confident and proactive. He anticipates routes well and is exceptional at breaking early. He also has a highly precise sense of timing that allows him to impact the ball when and where he needs to. He shows good coordination at the catch point and, having been a receiver, can rise vertically for passes.

The world is just under a couple of months away from the start of the NFL season, and all eyes will be not only be on the big names of the sport, but also on the rookies who are looking to make an impression on their teams and on their fans. Will they reward their team’s faith in them? Let’s find out when NFL 2022 begins. 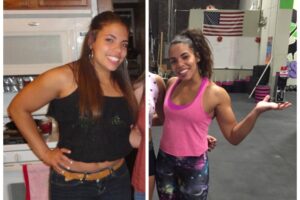