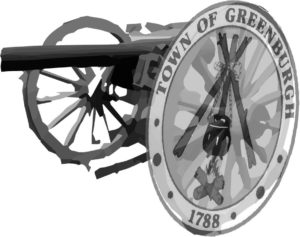 The Civil War was arguably our country’s great turning point.  The most common explanation for the Civil War is that it was fought over slavery. Once this explanation is given, it is often assumed that all of the North joyfully supported the abolition of slavery and racial equality. This is not the case however as Greenburgh’s Civil War story shows us. Even though the State of New York abolished slavery within its borders in 1827, racial equality was not celebrated and promoted in Greenburgh during the war like it is today. In fact during the war and for many years after, many in Greenburgh actively fought against racial equality. The Village of Irvington provides an interesting illustrative example.

Irvington today has a population of 6420 people, but according to the Greenburgh Town Archives, in 1860 it only had 599 residents. Given that the Village of Irvington is well above the Mason- Dixon Line, and Greenburgh proudly celebrates its African American Community today, one might assume that Irvington’s inhabitants would be in full support of the Union Cause of ending the Southern Rebellion and emancipating all African-American slaves.

However this would be a mistaken assumption, because when President Abraham Lincoln initiated a draft on July 11 1863, violence broke out. The waves of violence eventually became a full-scale riot. One of the first buildings that these White rioters destroyed was an African American orphanage.  After burning the orphanage, this mob joined with a similar-sized mob from the Village of Tarrytown and proceeded to kill as many African Americans as they could.

The police tried to restore order but were overwhelmed by the sheer size of the mob. They had to take cover in a schoolhouse and wait for Union General George Mead and his troops to arrive. When these troops arrived the mob fled. While the draft was not cancelled, it is worth noting that the year after this riot, 1864, The Town of Greenburgh passed a resolution that allowed residents to pay $15 to the town to be exempt from the draft.

While this solved the problem of angry citizens trying to sabotage the war effort in order to protest the draft, it did not make citizens more open to the idea of racial equality. Resistance to racial equality in Greenburgh continued throughout the war and did not end with the conclusion of the war in 1865.

Riots like the one in July of 1863 were very common in Irvington from 1863-1865. However, not all of Irvington‘s citizens were unsympathetic to the Union Cause, the most conspicuous patriot from Irvington during the Civil War years was James Hamilton.

On December 29th 1860, Hamilton organized four hundred militia men and an equal number of artillery pieces to defend Fort Sumter in South Carolina which had become the first state to secede from the union on December 20th of that year.  For unknown reasons, President Lincoln declined Hamilton’s assistance, and so the men and artillery never reached the fort.