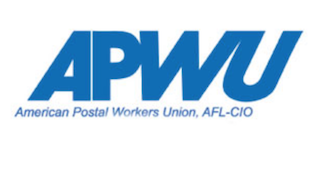 Thanks so much for reaching out to me with your concerns and the concerns of the members of your communities regarding poor, and seemingly ever-deteriorating, mail services. The American Postal Workers Union (APWU) shares your concerns and is extremely disturbed by a series of management actions that have undermined public postal services.

These include the slowing down of mail delivery standards, closing of a number of processing facilities that resulted in delayed mail, limiting hours of retail operations, and short staffing, that is causing long lines at retail units and later and later delivery on the city carrier side.  The USPS has also moved to a “model” of more non-career employees, with greater turn-over in the ranks and less trained postal workers.

Added together, these account for many of the complaints you are receiving. While the Union does not “run” the postal services we have raised our voices loud and clear regarding our concerns, and believe in defending the “common good” that the public Postal Service has historically represented, and should continue to do so.

The challenge of – What to do?

(1) On my end, I have already met with high-level postal management and shared your letter and concerns. Hopefully that will result in some positive changes.

(2) I am sharing your letter with the APWU Locals that represent postal workers in your area to see if there are some local actions they can take.

(3) I am also taking the liberty to send your letter to the National Association of Letter Carriers (NALC). The APWU does not represent the letter carriers and I want the NALC to be fully aware of these service issues as well.

(4) I suggest that you contact Postmaster General Megan Brennan directly. The need for proper staffing of our facilities is a core part of the answer to the problems and she needs to hear it from folks like you.

(5) I also suggest that the Congressional representatives, on both the House and Senate side, be asked to voice their concerns and displeasure to the Postmaster General.  Congressional “heat” seems to help.

On a side note, I grew up in Hastings-on-Hudson, so I am very familiar with the territory. When I was a kid I remember twice-a-day mail delivery! Whatever challenges are facing the Postal Service, and there are challenges, the answer should not be to cut and slash services.  I remind my counterparts at postal headquarters that it is not called the United States Postal Business, but rather, the United States Postal Service.

I hope some of the Union’s interventions prove to be helpful. It is a sad state of affairs when the Union and the dedicated postal workers we represent are far more concerned and interested in service, than is the postal management.  Thanks again and let’s stay in touch.