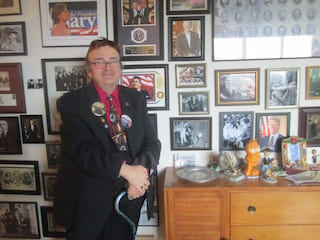 Local Ossining resident and presidential historian, William Reynolds, is displaying some of his extensive collection of presidential memorabilia at the Ossining Public Library in celebration of President’s Day. Located in the “Hallway Gallery” on the lower level of the library, William Reynolds, is displaying some important memorabilia in our country’s history. Some of the items on display are election buttons, Women’s suffrage sash, official White House Christmas ornaments and official White House Christmas cards from George & Laura Bush and Bill & Hillary Clinton.  Also in the exhibit is the framed Clean Air Bill signed by President Lyndon B. Johnson in 1963 and the resignation letter from President Richard Nixon in 1974.

The opening reception for the exhibit will be held on Sunday, February 19th at 2-4 p.m. President’s Day weekend.  Light refreshments will be served and all are welcome to attend.

About the Ossining Public Library: 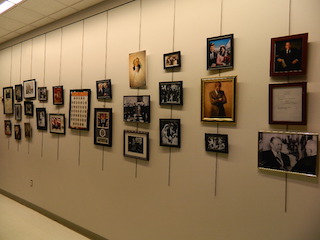 The Ossining Public Library is a School District Library chartered by the State of New York to serve all residents of the Ossining School District. As a member of the Westchester Library System, it also provides services to a larger community.

OPL’s mission is to provide easy and equal access to the broadest range of information and ideas of humanity in order to meet the educational and intellectual needs of the diverse members of our community, while enriching their social and cultural lives.

For further information call the Library at  914-941-2416 or visit www.ossininglibrary.org.