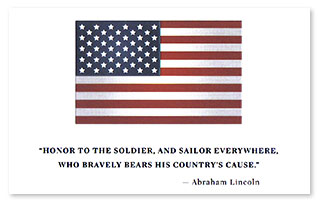 Tuesday is Veterans day. Starting tomorrow evening at 8 PM  (Friday, November 7th) about a hundred and twenty five different half hour interviews with veterans of World War II and the Korean conflict will air on public access TV non stop until late Tuesday evening.  The interviews with World War II and Korean era veterans who live in Greenburgh will air on cablevision channel 76 and Verizon channel 35.

In recent years  Alan Hochberg and Steve Wittenberg have been coordinating the town’s living history initiative. The interviews were produced with the help of cable TV access coordinator George Malone and his assistant, Jannelle Wallace.   They have interviewed about 125 veterans –every month three or four additional interviews are taped, each about a half hour long.  The interviews are aired non stop on public access TV during the Veterans day and Memorial day weekends.   The interviews are being archived at the Greenburgh library and will also be archived at the United States Library of Congress in Washington DC.  Their initial priority: interviewing the oldest veterans (World War II and Korean conflict). Eventually, veterans of more recent wars will be interviewed.

The Living History interviews are also being shared with local schools. We hope to highlight the contributions of Greenburgh heroes who fought for our democracy. We are proud of our local heroes and hope that future generations will never forget their contributions to freedom. Sadly, some of the veterans of World War II who were interviewed for our living history project have passed away. Their stories won’t be forgotten.

The town will hold our annual Veteran’s Day ceremony this Tuesday at 1 PM at DeSanti Plaza across from the Hartsdale train station.  We have invited some veterans to tell their stories and anticipate participation from local scouts, the Hartsdale & Fairview fire departments and Greenburgh police department.

I received an invitation to run in a 2 mile run hosted by veterans of Mercy Monday November 10 at 9 AM at Mercy College, Victory Hall, 555 Broadway Dobbs Ferry.  I hope to join local veterans, Mercy College community members, veterans students and others at this event. I encourage local residents who can join us at this 2 mile run on Monday morning to join us at the run.