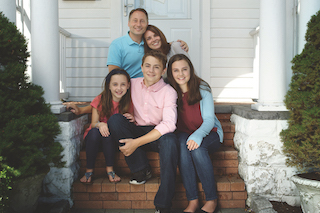 River Journal had the opportunity to pose the following questions to Westchester County Executive Rob Astorino, who is seeking a 3rd and final term in the upcoming November election. His insightful and candid responses follow.

Q. Your narrative has been a basic and simple one to the residents of Westchester. Namely, to work on tax reduction and bureaucratic wasteful spending. How has that played out after two terms as Westchester County Executive?

A. That’s right. For years, big perennial County tax increases were devouring family budgets – senior citizens on fixed incomes especially –  to the point where thousands of our neighbors were forced to move away. At the same time, Westchester was losing small and mid-size businesses that also pay property taxes and provide work for people. Westchester was in a downward spiral, especially for the least fortunate.

When I came into office I immediately shrank the size of County government – starting with my own office – and I consolidated overlapping agencies and entities. Westchester has now gone seven years without a property tax levy increase, while at the same time more money is going into social services than ever before for people in need. That was no easy task, but we did it, with bipartisan cooperation I should add.

In fact, despite rising costs and State mandates, Westchester spends almost exactly the same today as it did in 2010, and our tax levy – what we collect from taxpayers – is less than it was seven years ago. The County tax levy went from $560 million in 2010 to $548 million today.

That’s done two things. It’s made living in Westchester a little bit easier for working and middle class families trying to put food on the table, and it’s alerted the business community that Westchester is fiscally responsible again. More than 44,000 new private sector jobs have come into this County in the past seven years with thousands more in the pipeline. New development is popping up everywhere, especially in our cities, which The New York Times well noted in a piece this summer. Those new businesses provide 21st-Century jobs for Westchester residents and tax revenue for the County coffers, so we can keep tax rates flat.

Q. What are the personal values you bring to this office and how have they made a difference in the lives of Westchester residents?

A. I’m truly blessed. I have the most wonderful wife in the world and three children who grow more amazing with every passing year. My family is my heart. Any parent will understand that. We feel the pinch of living in New York just like everybody else, so I would say I definitely value being careful with money and with not always looking to buy the next new thing. I try really hard to pass that on to my kids, not always so successfully. We go to church on Sundays, like so many other Westchester families, and I pray especially for humility. I think that’s something we desperately need more of in this country – humility. What I have especially tried to do as County Executive is be respectful to everyone in the County, especially when there is disagreement over an issue. We’re all in this together, and listening to one another is really important if we want to move forward. What binds us is more important than what divides us.

Q. You recently held meetings with Amazon in an effort to have them set up a headquarters in Westchester. How did that go and what other businesses (by name) have you courted or actually had a hand in bringing to Westchester? What is the lure to Westchester as you see it and as businesses see it?

A. Part of my job as County Executive is to tout Westchester’s considerable strengths to the world. Fortunately, that’s an easy task. Not only do I love this County, it’s genuinely the best place in America to locate a business or family.  I firmly believe that. Westchester literally has the best educated workforce among counties in the nation, excellent transportation and infrastructure, including an airport and three train lines into the City, some of the most beautiful parks, hiking trails and water views anywhere, excellent schools and hospitals, and great restaurants and shops. Our office space is half the cost that it is in the City.

Amazon would be smart to come to Westchester. It would be joining all types of new, cutting edge companies locating and expanding here.

Another thing – more and more people are realizing that time is their most valuable commodity, especially for busy working moms and dads. Having jobs nearer our children and grandchildren is a goal for so many of us, so bringing jobs here is about a lot more than revenue. It’s about creating opportunities for a more balanced, healthy life for Westchester families.

Q. The rejuvenation of Playland has been a visual success. How has it played out from the standpoint of the County’s involvement and revenue/costs?

A. It’s going to get even better. Next year the real improvements begin. We’ll be keeping our historic rides, of course, but great new ones will be added along with better food choices and family options.

When I came into office Playland was dangerously deteriorating. There were some terrible tragedies there in the early 2000’s – every parent’s nightmare. The park was also losing millions of dollars every year for County taxpayers who could ill afford it.

The public-private partnership we created will provide the best of both worlds. Westchester families will have a vastly improved park – that we’ll maintain control of – plus guaranteed revenue and a share of the improved Playland profits.

Q. Through mailings and phone calls you have been very active with the proposed Westchester County airport Public-Private Partnership. It is presented as a “better, not bigger” airport. In keeping with your approach to fiscal soundness is there any indication of revenue amounts to be generated by this partnership?

A. This can be a great deal for Westchester. It will greatly improve the airport for passengers without expanding it an inch, contrary to the rumor mill. It will also provide an ongoing revenue stream for County taxpayers, which we don’t now have. Daily and hourly passenger caps will remain the same.

This came about from an FAA program President Bill Clinton made available in the late 1990’s that eluded notice for a long time. The County Airport would still be managed by a private company, as it has been since 1945, but under this federal program, the new company running the airport would give a share of revenues to the County that can be used for social services, infrastructure improvements, environmental initiatives, or whatever we decide. As with Playland, the airport will see better food choices, travel amenities and quicker security and boarding.  The lease has strict terms which maintain the passenger caps, number of gates, and prohibit new or longer runways, all of which prevent HPN from becoming LaGuardia North.

It’s important to stress that the County would continue to have oversight, ownership and approvals at the airport. The County Board of Legislators ultimately will decide whether to move forward with this plan, and I am hopeful that it will. This is pure common sense for the County.

Q. In seeking a 3rd term as County Executive what current projects do you want to see through to completion and what future areas do you feel will continue to move Westchester forward?

A. We passed term limits when I became County Executive, so, yes, this would be my final term. My thoughts on this are as clear today as on the first day I took office. Making Westchester more affordable for the average family remains my top priority, along with attracting the type of jobs that can sustain our workforce into the future. Providing great services at a better cost, as we have done, is another continuing priority, as is finding new common sense revenue streams to fund the things we want to do as a community. Westchester is finally headed in the right direction again after some very rocky years, and my job is to keep it on this path. Working and middle class Westchester families literally can’t afford to have their County government fall back into bad and harmful habits.

Q. What are the challenges of being in public office during a time of such partisan divisions and public anger?

A. It’s a great question. What I try to remind myself is to not get caught up in the divisive issue of the day, but to focus on what matters to the average Westchester family. I wasn’t elected to pontificate on what happens in Syria or North Korea; I was elected to run this County efficiently and effectively. That’s my job.

I also try to lead by example, especially for my kids to see. I constantly explain to them that I was elected to represent everyone in this County, not just people who agree with me all the time. That’s where the humility needs to come in. To me, being in public office is about finding the balance between what we want as a community and what we can afford. It doesn’t always win you popularity contests, but someone has to watch the bottom line because a lot of families are on a really tight budget.  Believe me, my wife and I get that.

Q. Lastly, what issue or issues do you want voters to take to the polls in November?

A. That we’re all in this together, this wonderful diverse County. Albany and Washington are an utter disaster, but here in Westchester we are working together to get things done. Also, I’m doing exactly what I promised to do as County Executive. I hope that’s making a difference for Westchester families working to get by. They are the people I think of every day.