The Pocantico Board of Education recently adopted a policy giving preference to the use of native plants, shrubs, trees and grasses on campus.

School board trustee Brian Geary, a native plant enthusiast, said the policy is consistent with Pocantico’s neighbors at the Rockefeller State Preserve and the Stone Barns Center for Food and Agriculture. “With this policy, the Pocantico Hills School joins them as forward-thinking stewards of the land to protect and improve our local ecosystem,” he said.

The Board of Education adopted the policy unanimously. In addition to giving preference to native plants, shrubs, trees and grasses, it calls for replacing existing non-native plants and invasive plants to an “appropriate and practicable” extent. The district will make decisions to use native plants in a particular location or as part of a project based on site conditions, including existing plants, sun exposure, soil type, soil drainage and slope conditions.

“Native plants are plants that are indigenous to a particular area or region, and support the biodiversity of plants, insects, butterflies and animals that have evolved together,” the policy states.

Implementing the new policy is not expected to cost the district more, said Trustee Geary, who initiated discussion of the policy for Pocantico. Another benefit of using native plants is that they’re more often drought resistant. “The school has already been going in that direction with a lot of its plantings,” he said.

“I think it’s a policy and approach to landscaping that other districts are going to follow,” he said. 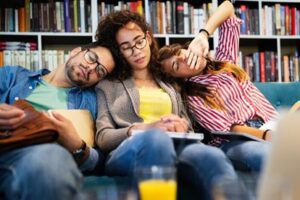 How Much to Study at University? The Importance of Breaks