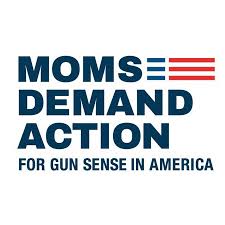 Volunteers with the Westchester County chapter of Moms Demand Action for Gun Sense in America, part of Everytown for Gun Safety, will gather on December 16th in partnership with the Scarsdale Congregational Church, the Interfaith Coalition Against Gun Violence, the Scarsdale/Hartsdale Interfaith Clergy Association, and the American Muslim Women’s Association to shine a light on the lives lost and touched by gun violence since the shooting at Sandy Hook Elementary School six years ago. The event is one of nearly 100 across the country commemorating the six-year anniversary of Sandy Hook and asking lawmakers to act to prevent gun violence.

Since Sandy Hook, Moms Demand Action volunteers, along with survivors of gun violence and other gun violence prevention advocates, have fought hard to change America’s gun laws. Nearly 100 Americans are shot and killed every day, and hundreds more are wounded. Now, gun safety classes are being requested.

The Candlelight Vigil to End Gun Violence, a non-denominational service in loving remembrance of the Sandy Hook victims and the 35,000 people killed by gun violence each year in the U.S. will take place on December 16 at 5:00 PM at The Scarsdale Congregational Church, UCC (One Heathcote Road, Scarsdale, NY 10583).

Moms Demand Action for Gun Sense in America is a grassroots movement of Americans fighting for public safety measures that can protect people from gun violence. The organization has established a chapter in every state of the country and, along with Mayors Against Illegal Guns, Students Demand Action and the Everytown Survivor Network, it is part of Everytown for Gun Safety, the largest gun violence prevention organization in the country with more than 5 million supporters and more than 350,000 donors. For more information or to get involved visit www.momsdemandaction.org.

About the Author: Jeff Raderstrong