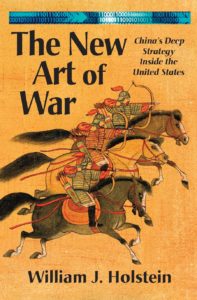 Even well-educated denizens of Westchester can be forgiven for being a bit confused about what’s happening in U.S.-China relations. I’ve been covering the subject for 40 years ever since transferring to Hong Kong in 1979 with United Press International and stumbling into the story of China’s economic modernization in nearby southern China. I’ve been involved in the subject ever since for publications such as Business Week and U.S. News & World Report. (Visit williamjholstein.com.)

Now I have a new book called, “The New Art of War: China’s Deep Strategy Inside the United States.” I believe it is an important addition to the grand debate because too few people are aware of the Chinese government’s activities inside the United States to steal technology on a massive scale, obtain enormous amounts of data about people’s financial, health and travel records, and to penetrate governmental institutions such as the FBI as well as private sector companies such as General Electric.

It’s clear that China’s government, under an assertive President Xi Jinping, is trying to strip the United States of its technological advantage while, at the same time, engaging in a massive effort at American universities, think tanks, Hollywood studios, New York opinion platforms and elsewhere to prevent the United States from recognizing the nature of China’s increasingly totalitarian state and its direct challenge to our interests inside our own country.

The debate rages between those who wish to see the two countries “decouple” and those who wish to see “engagement” continue. In my view, that’s a false choice. We are engaged with China so deeply in economic and commercial terms that it would take at least 10 years to start decoupling—and that would come at an enormous cost to American consumers, companies and shareholders.

What we need to learn is that China is capable of managing aspects of the relationship that are mutually beneficial at the same time that it engages in practices we may find abhorrent. In the 2,500 masterpiece, The Art of War, author Sun Tzu writes, “The supreme art of war is to subdue the enemy without fighting.” That’s what President Xi is attempting to do with a modern twist, hence the name of my book. We must learn how to respond because the United States has never before been locked in an embrace with such a large country with deep experience in managing conflict. I have some specific proposals. President Trump’s tariffs are not the right answer.

Whether you are sophisticated on U.S.-Chinese subjects, or you merely wish to start a learning process, please come to this event. Books will be available for sale for $20. I will stay as long as necessary to answer everyone’s questions.

Bill Holstein is an award-winning journalist and author on global business issues. He first became involved in China coverage when United Press International transferred him to Hong Kong in January 1979 as the U.S. and China were normalizing relations. He became Beijing bureau chief in 1981.

After returning to New York, he joined Business Week magazine in 1985 and managed coverage of East Asia. In 1996, he jumped to U.S. News & World Report  as a senior writer covering technology and international issues. He also has written for The New York Times, Strategy & Business, and Fortune.

“The New Art of War” is his eighth book. He lives with wife Rita Sevell in the Rosecliff section of Briarcliff Manor. 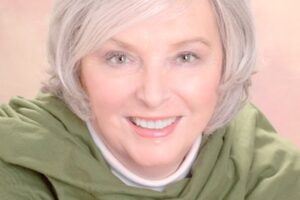 About the Author: William Holstein