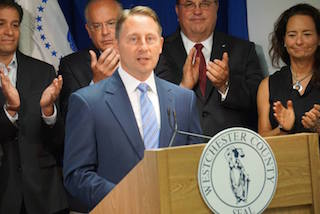 After seven years, the most contentious element of Westchester’s affordable housing settlement with the federal government has been resolved favorably for the County. The Department of Housing and Urban Development has accepted Westchester’s analysis that did not find any exclusionary zoning in the County.

Resolution of the zoning issue protects home rule with respect to local land use decisions and overcomes the county’s last major hurdle under the settlement, which was signed by former County Executive Andrew Spano and approved by the Board of Legislators in 2009.

The zoning controversy stemmed from a portion of the settlement that required the county to submit a review of obstacles to fair housing, known as an Analysis of Impediments, or AI, that was acceptable to HUD. Ordinarily, preparation of an AI is routine. But not in Westchester’s case.

Despite thousands of pages of objective data and two independent reviews supporting the finding of no evidence of exclusionary zoning across Westchester, HUD rejected 10 AI’s submitted by the county. HUD had taken the novel and aggressive view that routine zoning measures, such as limits on height, density, number of bedrooms and sewer requirements to protect drinking water were “restrictive practices” and demanded that the county go as far as suing local municipalities to end them.

But on Friday HUD withdrew its previous demands and in a one paragraph letter, Jay Golden, the agency’s regional administrator of the Office of Fair Housing and Equal Opportunity, said the county’s AI has “been deemed acceptable.”

“This is vindication for Westchester County and our local municipalities and a victory won on facts and principles,” said Westchester County Executive Robert P. Astorino. “From the beginning, my administration has been committed to meeting the county’s obligations under the settlement. But we also said that we were not going to be bullied by HUD into doing things that were not in the settlement. HUD had no reason to intrude into legitimate local zoning, and we stood firm on that. In the end, we were able to successfully defend the constitutional principle of home rule and meet the requirements of the settlement. It wasn’t easy, but everyone in Westchester can be very proud of the outcome.”

In December, the county met the settlement’s primary benchmark of having financing and building permits in place for 750 units of affordable housing in 31 mostly white communities. In fact, the county exceeded the goal with 799 units and has another 100 units in the pipeline.

With the AI approved and the benchmark on units met, the only outstanding item – one which the court has labeled “peripheral” – is for the county to complete its outreach campaign on the benefits of diversity and affordable housing. Called “One Community,” the campaign, which is underway and scheduled to run throughout the year, includes print, radio, cable television and social media advertisements. To date, the county has spent more than $1 million on marketing and outreach, well above the settlement’s $400,000 requirement.

The breakthrough on the zoning issue came after frustration reached a boiling point with HUD’s 10th rejection of the county’s AI in April. That submission was prepared for the county by VHB, a consulting firm that had been approved by the settlement’s first HUD-approved monitor. Responding to the rejection, VHB wrote:

“Westchester County has been very clear and consistent in stating that there are concentrations of Black/African-American populations as well as concentrations of Hispanic populations, and, in fact, there are concentrations of White populations. Based on VHB’s detailed analysis of countywide demographics and zoning, VHB finds and concludes that zoning is not the cause of such demographic concentrations. This very issue seems to be the singular outstanding issue on which HUD and Westchester disagree. It is, however, the preparer of the AI that must make reasonable conclusions based on a hard analysis of all available data. This is exactly what VHB did in its zoning analysis. It is not reasonable for HUD to insist on its own universal conclusions regardless of all the data and analysis conducted by numerous third party zoning and land use consultants and educational institutions.”

HUD’s position softened after VHB’s comment, resulting in an AI on July 13th that was essentially the same as VHB’s previous version and acceptable to all parties. It is extremely important to note two additional points. The methodology followed by the county and VHB for conducting the AI was approved by HUD. And as Congress reviews its national policies for Affirmatively Furthering Fair Housing, it should look carefully at the experience in Westchester.

Astorino thanked VHB, the county’s staff, particularly the Law and Planning Departments, and the 31 settlement communities for all their efforts and cooperation in meeting the goals of the settlement.

“Our success has resulted from two key factors,” Astorino said. “First, proof that our zoning isn’t exclusionary is the indisputable fact that the units are being built under current local zoning. Second, we worked closely with our communities. One lawsuit could have derailed everything, so our focus was always on cooperation, not litigation.”

Astorino said the next goal was to wrap up the settlement and that included bringing the expense of paying for the federal monitor assigned to the case to an end. The current monitor, Stephen C. Robinson, is a former federal judge and partner in the New York City law firm Skadden, Arps, Slate, Meagher & Flom. He bills at a rate of $675 an hour, but unlike the previous monitor his fees are not capped at $175,000 a year.

“Given our success and where we are now, there is just no need for the monitor anymore, nor justification for the expense,” said Astorino. “The idea behind the settlement was to build affordable homes, not pay lawyers.”

Compliance has not come cheap. The county has spent about $30 million more than the $51.6 million required under the terms of the settlement. In addition, the county has leveraged more than $172 million in other public funding, putting total subsidies at $233 million and the average taxpayer subsidy per settlement unit at approximately $290,000.

Astorino said the cost of the units was not surprising since they were built in some of the most expensive places in Westchester, as required by the settlement. In fact, some sites were turned down because they were simply too expensive. “Affordable housing is not immune to high taxes and real estate prices,” Astorino said.

About 425 of the settlement units are already occupied, with roughly one third as homeownership and two-thirds as rentals. Data from the applications show 35 percent of the households applying for the county’s units identified as white, 35 percent as African-American, 3 percent as Asian, 8 percent as multi-racial and 29 percent as Hispanic.

The 31 settlement communities were selected on the basis of the 2000 Census as having lower African-American and Hispanic populations than the county average. Notably, between 2000 and 2010, prior to the implementation of the settlement, the African-American and Hispanic populations of those 31 communities increased 56 percent as a result of natural market forces.

In contrast, the settlement’s 750 units, assuming three people per unit, would at most increase Hispanic and African-American representation in the 31 communities by 5 percent.