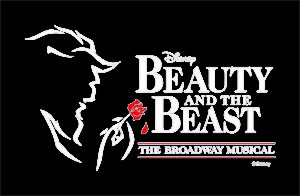 A timeless family favorite, Disney’s Beauty and the Beast tells the story of Belle, a young woman in a provincial town, and the Beast, who is a young prince trapped under the spell of an enchantress.  Now a hideous beast, the prince must learn to love and earn their love in return, before the last petal of an Enchanted Rose falls. Should he fail, he would be doomed to remain a beast for all time. All of the fanciful characters, such as Cogsworth, Lumiere and Mrs. Potts are also trapped in this spellbound form until the Beast can learn to love and have his love returned.

Disney’s Beauty and the Beast is Directed by Frank Portanova with Musical Direction by Stephen Ferri and Choreography by Lexie Fennell Frare.

White Plains Performing Arts Center’s production of Disney’s Beauty and the Beast is the largest and most elaborate in the 15 years history of this regional theatre.

Disney’s Beauty and the Beast is a WPPAC Mainstage Production which is a professional production featuring union and non-union actors from Broadway, national tours and regional theatre across the country. These productions are created from scratch, staffed with professional production teams (directors to designers), large LIVE orchestras and boast high-quality sets and costumes.