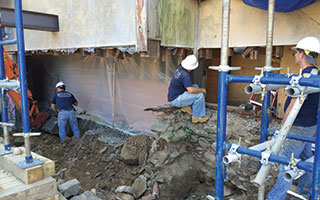 The Tarrytown Music Hall will reopen on September 17 for a sold- out performance with Natalie Merchant, after being closed since August 4 for Phase 1 of its restoration project. The work started in April of this year and was undertaken to repair wear and tear incurred during the theater’s 129-year history, and to replace aging building elements. 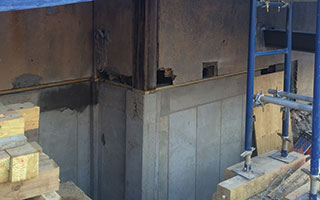 Remaining work, including swapping out exterior doors on the east alley and along the west side, installing a new storm drainage system, refinishing the stucco facades, replacing the shingled roof, and paving the artist parking lot will continue through November while the Music Hall remains open for shows. The $1.5 million project is being funded by a Save America’s Treasures grant secured by Congresswoman Nita Lowey, two State grants through New York State Senator Andrea Stewart-Cousins and former Assemblyman Richard Brodsky respectively, a maximum grant from the New York State Office of Parks, Recreation, and Historic Preservation, and private donations. “It’ll be so nice not to have to use sandbags to keep the water out,” commented Executive Director Bjorn Olsson. “Meyer Contracting Corporation, our Project Manager Ed Mislavsky, and staff are doing a wonderful job. We couldn’t ask for a better team.” 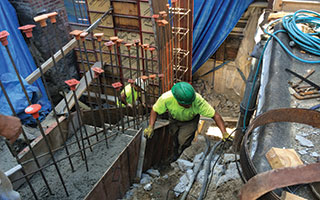 [blockquote class=blue] In 2003, the operating budget was $130,000 and the volunteer base, fifty. Today, the budget is in excess of $3 million and 200 volunteers donate their time.[/blockquote]The Music Hall, built in 1885 by chocolate manufacturer William Wallace, is listed on the National Register of Historic Places and is the oldest theater in Westchester. Originally used for balls, concerts, and flower shows, it was one of the first theaters to show silent films in 1901 and then became a full-time movie house in 1925 under the direction of the Goldblatt family. By the late 1970’s, the theater had fallen on hard times, mostly due to the rise in popularity of television and multiplexes. Convinced the theater was important for the community, language professor, Berthold Ringeisen and piano teacher, Helen Ringeisen placed their home and life savings up as collateral so that The Friends of the Mozartina, a 501(c)(3) non-profit organization of which Berthold and Helen were Board Members, could save the theater from demolition. On Valentine’s Day 1980, The Friends purchased the Music Hall with the purpose of establishing a center for the arts. Tarrytown resident Stephen Byelick is credited with granting a mortgage no other banker would look at and making the rescue and subsequent renovations possible. As funds were tight, the Music Hall was operated by volunteers for twenty-three years. 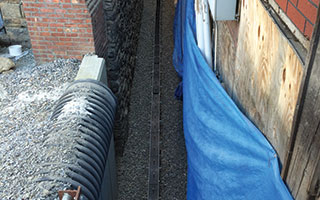 A professional staff was hired in 2003 and the theater has since experienced consecutive growth. In 2003, the operating budget was $130,000 and the volunteer base, fifty. Today, the budget is in excess of $3 million and 200 volunteers donate their time. Over 85,000 people, including 25,000 children from all over the tri-state area,attend the music, theater, dance and film offerings.

“There is so much love in the community for this building,” Bjorn Olsson said. “It’s a great feeling to know we are leaving the theater better than we found it and preserving it for future generations to enjoy.”

Performances this fall include Emmylou Harris, Boz Scaggs, Martin Sexton, The Mavericks, Bill Cosby, the Laurie Berkner Band, as well as a FREE Family Day event on October 11. To view a full list of events or to become a member, visit www.tarrytownmusichall.org.