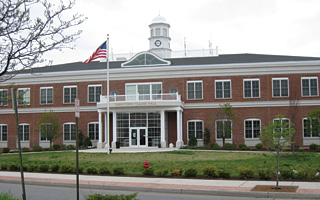 When President Obama proposed his plan for a stimulus to get the economy moving again, few would have thought that part of that stimulus would make its way to Tarrytown in the form of solar power to help defray the expense of electric bills at Village Hall – and now the Senior Center.  But that is exactly what has happened, thanks to a New York State organization known as the NY State Energy and Development Authority.

Construction will start shortly with solar panels being installed on the roofs of both buildings, and must be finished by September 1st according to the terms of the stimulus agreement.  The original proposal called for the Village to add $125,000 to the stimulus grant of $219,000 and it was to be applied to Village Hall only.  However, when costs were added up for the project, total expenses left enough to do both buildings, and permission was granted by the Authority to commence both projects.

The estimates of electrical savings for Village Hall is that the projected Village expense being added to the grant will be paid back in 10-12 years based on today’s budgeting for electrical costs. A similar pattern is expected for the Senior Center.

Responsible for building the new system will be ETM Solar Works in Endicott, NY, and the consultant on the project will be Michael Kampen of “Prudent Power” in Sleepy Hollow. According to Village Administrator Michael Blau, this first solar project will be an experimental venture, with the entire process being monitored, keeping in mind further use of solar paneling on other public buildings in the future.