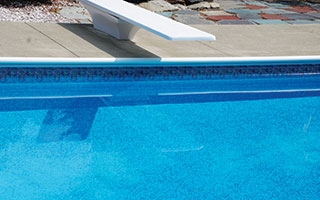 After multiple years of planning, incarnations and reincarnations, residents of Tarrytown are set to receive their very own outdoor pool, actually two pools. One is slated to be six lanes wide and twenty-five meters long, while the other will be the ubiquitous kiddie pool that moms and toddlers gravitate to.

In speaking with Stanley Friedlander, the Chairman of Tarrytown’s Planning Board, it became apparent that he has been involved from the very beginning with a project that he first proposed as an indoor pool for seniors and swim teams. The Tarrytown Village Board changed the concept from indoor to outdoor and cited the proposed JCC indoor pool and the existing YMCA indoor pool as partial reasons along with the opportunity for the Village to have its own recreational facility for residents. In addition, after years of meetings and committee reports a study revealed that to have two indoor pools would be more costly to taxpayers.

If all goes according to plan and all plans are a “go” the current Recreational Building next to the Tarrytown Senior Center will be the site for a new 10,000- square-foot facility that will accommodate men’s and women’s locker rooms, a 2000- square-foot exercise facility, yoga, dance and Pilates rooms, aerobic exercise areas, a pool concession area and pool equipment room along with Recreational Department offices. With a start date of late September to early October the entire project is slated to take between 12-16 months for completion.

The facility will be designed in harmony with the Hudson Harbor and authentic stone, reclaimed timber and slate-look shingles will be used. All existing trees will remain in place, and once asbestos remediation is completed in the Recreation Building, residents can begin to imagine summers by the Hudson before they take their first dip.

The cost for the outdoor pools and 10,000-square-foot building is set at $3,000,000 and will be borne by the developers of Hudson Harbor.

A new pool, a new park, a new bridge, a new railroad station, a new development, and Tarrytown is definitely experiencing a revitalized waterfront.  One that has the momentum and appeal to bring new people into the Village and provide reasons for residents to go up and over the H Bridge.