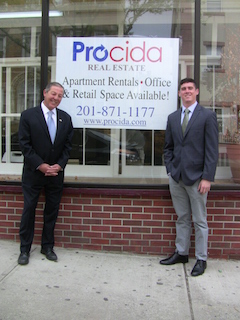 The inner Village of Sleepy Hollow has had ongoing problems with illegal apartments, overcrowding to the point of some rooms being rented by the day and in blocks of hours –  then rented again, garbage spewing out of backyards, sewage leaking and general deplorable living conditions in buildings, several of which are on Cortlandt Street. Cortlandt Street has a rich history, and during the early 1900s received immigrants from Ireland, Poland, Italy and other European countries, who made their homes there and contributed with their cultural identities to making a vital inner Village.

Alter’s Bakery would open their ovens to neighbors on Cortlandt Street at Thanksgiving and many a turkey was baked as a sign of gratitude, thankfulness and community.

Urban renewal in the mid-1950’s forever changed Cortlandt Street as it did Valley Street and Depot Plaza. With the strength of bulldozers, gone was an under-the-hill neighborhood that catered to the senses, a neighborhood of unforced diversity long before the word was coined and used ad nauseum.

Well, there is a renewed interest in Cortlandt Street, and it started with the Village imposing a $92,000 fine on a landlord who owned multiple buildings there, with what could easily be defined as horrific living conditions. The landlord then filed for bankruptcy and the court moved for a sheriff sale in which Procida Funding & Advisors was the highest bidder.

On April 1st, the new owner took over 8 buildings and the results were quickly seen on several of the buildings with colorful painted facades, child guards and blinds on windows, rather than sheets and blankets covering them. Billy Procida, of Procida Funding & Advisors, is the new owner, and by his account he intends to beautify each property, and all by the end of September. His business focuses on real estate, financing, construction and development. The Company’s 30-page brochure is replete with reprints of articles from the New York Times, The Wall Street Journal, Crain’s New York Business, the New York Post, New York Magazine and multiple Real Estate publications. Each article addressed Procida’s work and accomplishments. 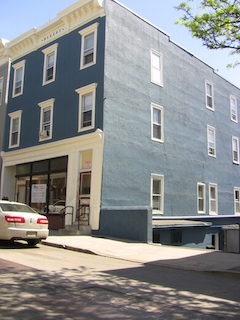 Billy Procida is literally a hands-on businessman, having personally met with and shaken the hands of every person living in the 68 apartments within his 8 buildings. “I treated each person with respect and gave out coffee mugs and hats. I intend to work on everything within these buildings that is not up to code. I have paid over $20,000 since April to just remove garbage,” he said. Procida will continue to hold working meetings with the tenants after what he cites as years of neglect from the previous landlord. He is installing security cameras, new locks, and is generally working on the esthetics of each building in addition to working closely with the Village of Sleepy Hollow to rectify all problems that are not up to current codes.  There are currently 3 vacant apartments in which new kitchens and bathrooms are being installed. Procida would also welcome an art gallery or studio in one of his storefronts. “It’s all about beautification,” he added.

With Sleepy Hollow’s waterfront development, along with the two Manors and the Webber Park neighborhood, revitalization and beautification of the inner Village is an essential component to its future. After years of neglect there is a campaign of revitalization underway, and as with anything, it starts small, in this case one building at a time. In Billy Procida’s case he states, “I am coming in hard and fast to improve this neighborhood.”