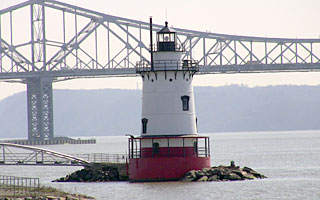 After campaigning for open government and particularly advocating for open public meetings with General Motors, it appears that much has been going on in Executive Sessions where the public is excluded. At the November 30th Board of Trustees meeting, Sleepy Hollow Mayor Ken Wray and his Trustees had the firm of Divney, Tung, Schwalbe from White Plains make a presentation on the development of the fallow General Motors site. Sleepy Hollow currently receives $135,000 annually on the ninety-five-plus acres in the form of a PILOT [Payment In Lieu of Taxes] program with GM.

Andy Tung, a partner in the firm that specializes in site engineering and landscape architecture, made the relatively brief presentation. 1177 housing units consisting of town houses, condominiums and rental apartments are at the top of the list for proposed “build-out.” Privately owned town houses and condominiums will account for 70% of the units while developer-owned rental apartments will account for the remaining 30%.  A hotel with 140 rooms, cited along with an 18,000-square-foot cinema complex; 35,000 square feet of office space; 8,000 square feet of restaurants; and 110,000 square feet of retail space was revealed as well.

Noticeably lacking from the current development plan was the mention of any Village amenities. In 2007, the previous Sleepy Hollow administration had planned that a vast array of amenities be built into the development which totaled $22-23 million in pre-construction benefits. The key term was “pre-construction amenities” which had been carefully crafted for two reasons. The first being that residents of Sleepy Hollow could enjoy the amenities prior to housing construction and the second reason was to prepare Sleepy Hollow for the massive delivery of services that the General Motors site would require. It was and still is projected that “Lighthouse Landing” (or whatever name is used by GM and its developer) will increase the population of the Village by one third.

Amenities that were built into previous negotiations with GM, but which no longer exist, are as follows. The Beekman Avenue Bridge that crosses the railroad tracks was to be redone at the expense of General Motors. The Department of Public Works was to receive a new garage and headquarters on the east parcel, and tennis courts along with soccer fields were to be built on that parcel as well, again, at GM’s expense. Eight acres were to be leased to Historic Hudson Valley so that the Philipsburg Restoration could expand. That is not included now. The ramp (adjacent to the union office on Beekman) leading down to the GM site was to be rebuilt. In addition, over $1 million was to be spent in traffic improvement with neighboring Tarrytown. Both the ramp and the traffic improvement appear to have been scrapped. A new firehouse on the south side of Beekman Avenue, which had been an employee parking lot, was originally planned, but again no mention of it was made with the new proposal. A boathouse and visitors’ center by the lighthouse had also been planned in the earlier version, but no mention of them was made either.

A building moratorium had been placed on the development of GM in Sleepy Hollow by the County/State due to a paucity of water reserve. Currently 880,000 gallons are stored in a reservoir northeast of the Village in the Rockefeller State Park Preserve. It has been estimated that an additional 2.3 million gallon storage capacity will be needed to serve Sleepy Hollow with the addition of the new development. A new tank or tanks will have to be built prior to any residential construction. Under the new development plan Sleepy Hollow will be given $11.5 million in lieu of the above amenities laboriously negotiated in 2007.

With the most recent plan all ingress (entry) and egress (exit) to the development will take place via Beekman Avenue. Mention was made of a possible overpass to Continental Street in later years, but no specifics were given. Kingsland Point Park will be buffered by a 150-foot strip of land between it and the development. No mention was made of any estuary work to reclaim the Pocantico River through the site.

No comment was made at the presentation about any underground contamination known to exist or any contamination within the waters of the Hudson. There has been an approved plan by the New York Department of Environmental Conservation (DEC) to clean up brown fields and hot spots on the GM site. However, according to personnel closely involved with the development project, contaminants in the Hudson River remain. In the east parcel closest to the Philipsburg Manor Restoration, pockets of methane gas exist from a former Village dump. The section has been paved over.

In addition to remaining contaminants there is another issue — whether or not the visible steel piles and concrete slab can support the type of development proposed. There is justifiable concern that the steel piles may not be strong enough. Tests will have to be done to determine the integrity of the piles and they will have to be certified for building to take place. Beneath the piles where sewer, gas and electrical lines will need to be installed, the fill that keeps the Hudson River at bay will have to be contaminant-free for any installation by utility companies.

In a perfect world the General Motors site could conceivably see a shovel in the ground within 18 months according to one person aligned with the project. In this imperfect world of 2010 the opportunity to develop 60 acres is a huge undertaking, and there are a few select developers who can achieve the plans set before the Village of Sleepy Hollow. General Motors for its part can keep its PILOT program of “$135,000 to the Village” through January 31, 2015. Should they seek the “Special Use Permit” which would allow them to get underway with the development, the PILOT program money would then cease. With a special use permit GM could sell the property to a potential developer who might or might not want the development as presented, triggering a new round of permits and approvals.

This publication spoke with several people familiar with the long and drawn-out process of developing the General Motors site. The consensus among them was that the presentation made by the Sleepy Hollow Board had the appearance of movement — on the surface. However, it is the type of movement that has left many unanswered and significant questions — beneath the surface.