Maybe this time’s the charm? Such was the hope of Ossining’s energized and upbeat Downtown Redevelopment Working Committee (DRWC) as the 15 members readily took front-row seats at Ossining Public Library’s Budarz Theater on Tuesday, July 25 to present the Committee’s revitalization plan. The report contains the culmination of 90 days of intense work, talk and thought all aimed to (as co-chair Justine Lackey said) “imagine without limits what could be possible for our community” and develop an actionable plan to deliver to the Ossining Village Board of Trustees.

Mayor Victoria Gearity, heartened to see the many who came “to reignite a community conversation about the future of Downtown Ossining,” welcomed roughly 100 residents, including trustees, business owners, and representatives of the Chamber of Commerce plus special interest groups in theatre, art and other areas.

The first step, explained DRWC co-chair Jeff Gasbarro, was to create the requisite mission statement: the committee would act as a think tank that will work collaboratively with the Board of Trustees, business owners and Ossining Village residents.

Next step: Define the parameters of Downtown Ossining. Roughly, the area is bordered by the Sing Sing Kill, Broad Avenue and Route 9, all of which surround the long, curving block of Main Street known as the “Crescent.”

The 2009 Comprehensive Plan served the DRWC as the guiding document in policy decision-making or, simply, the foundation for the future. While many of its 270 recommendations have been implemented, unfinished business remains. Village Historian Dana White placed the Village in a historical context, pointing out that in 1813, when Ossining (then known as Sing Sing) was incorporated, the entire population of the Village could have fit into the new Harbor Square apartments. The urban renewal of the 1970s did more harm than good, demolishing Main Street and slicing the Village in half with Route 9. Today, the picture is greatly improved as new shops and businesses, incorporating diverse cultures and tastes, populate the area.

Upcoming developments augur well. These include:  80 Main Street where 25 units for the 55+ community will be built in the old Elks Lodge; 34 State Street – where, on the site of the old Printex Factory, residential units are planned as is office space in the Historic Smith Robinson House (the project is on hold for the moment); 32 State Street – where a benefactor purchased the Leach & Thomas funeral home and the property will be gifted to the Ossining Children’s Center for its new facility; and 200 Main Street – where the 1908 Bank for Savings building will be repurposed as a food hall and culinary center. Sing Sing Prison Museum is perhaps the greatest hope for attracting tourists; it could become the economic engine fueling the Village.

The Committee’s thorough SWOT analysis identified strengths in new small businesses, a rich history that needs to be preserved and promoted, and a diverse community, and opportunities for open parcels, marketability, grants and walkability. The greatest weaknesses and threats were found in transportation issues, gentrification, overcrowded schools and increased traffic.

Member Kaja Gam discussed placemaking, which provides “wonderful design opportunities for playful and useful public spaces.” The definition of “downtown” needs to extend beyond Market Square and the Kiosk to increase connectivity to the Hudson, Route 133, Highland Avenue, and between Spring and Main Streets.

A key problem is the existence of large stretches of “no man’s land,” breaking a sense of cohesiveness.

Innovative design ideas include the following: establish design charrettes –  “intense periods of design or planning activity” to explore everything from new structures to Village greens; hire and fund a downtown manager/business activator; explore the alternative to traditional Euclidean (grid) zoning in form-based zoning which strives to preserve the assets and character of a community and encourages mixed use structures; configure the downtown area as pedestrian friendly; create pocket parks; encourage hotel, B & B, other lodging facilities; create pop-up markets downtown. 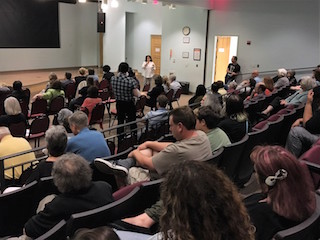 Since a vibrant village depends on convenient access and parking, transportation improvements were reviewed in depth. Suggestions were to: restripe and realign Route 9; enhance walkability and bike-ability; explore a shuttle and/or jitney service and a ride-sharing program; rework downtown parking where too many spaces are not available to shoppers; consider building multi-tiered garages outside of the central downtown area.

A welcome announcement was that the roundabout plan would not be pursued until a broader, more comprehensive plan for Route 9 is finalized.

Gasbarro suggested a trio of outside organizations that could support development projects and economic revitalization programs: CNU, the Congress for New Urbanism, a leader in form-based zoning; Main Street America, a subsidiary of the National Trust for Historic Places which focuses on developing under-utilized spaces to achieve a more beneficial business mix; and the Land Use Law Center, an outgrowth of Pace Law School, which focuses on environmental and social aims and fosters sustainable communities and innovative land use strategies and dispute resolution.

What’s the next step? While some skepticism emerged at this juncture, especially during the Q & A – plans have been presented and derailed before (partly following 9/11 and during the recession) –  high spirits prevailed. The Village is better positioned now with a fully developed ground level and waterfront. The hope is to create a legacy that will still be standing 30 to 40 years from now, perhaps longer.

A realtor pointed out the need to find economic viability, to restore a balance between seniors, who can no longer afford to buy or keep their homes due to soaring taxes, and young families. The Committee stressed the importance of ensuring that the community currently here is maintained.

One resident said, “I do have a stake – I don’t want to leave. We need affordable housing.” He said too, “I need you to make sure that this part of Ossining thrives.”

Gayle Marchica, president of the Ossining Chamber of Commerce applauded the group, noting that “you guys knocked it out of the park.” She added, too, that she’d like to see “boots on the ground to make this happen.”

Mayor Gearity urged all to take a survey on the website – “Now it’s on to Day 91 – and it’s not just 15 people on a committee, it’s tens of thousands.”

Conclusion? Ossining is turning a corner – the possibilities abound, or, as Lackey said, “It takes a village to raise a village.”

“All the odds are in Ossining’s favor/

It’s got to happen, happen sometime/

from Cabaret, sung by Liza Minelli

and especially to Fred Ebb (lyrics) 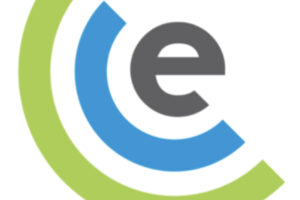 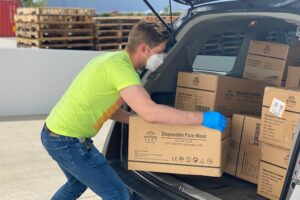