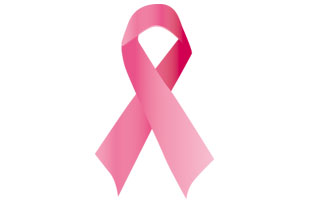 Andrea Ziltzer of Briarcliff Manor thought she was prepared for whatever the genetic
counselor would tell her.  She knew she did not have breast cancer… at least not now.   She also knew that short of a crystal ball, genetic testing was the only way she could determine if she was as likely to get cancer as her mother had and her mother before that.

Andrea was still anxious despite the exhaustive research she had done on her own and the conclusions she came to about what choices she would make.   Being around for her son Bram, who at the time was 11, her daughter Sydney, aged 15, and her husband Mike, was more important to her than anything else.  She knew first- hand the strain that cancer has on a family.

Before she even went to a genetic counselor, Andrea researched the BRCA gene mutations.  They are the hereditary markers for breast cancer. There are two types of inherited BRCA gene mutations, which are the most well known genes linked to hereditary breast cancer. Mutations are rare but certain ethnic groups have a higher proportion of the BRCA mutations.  One of these groups is the Ashkenazi Jews.  Andrea has Ashkenazi Jewish heritage. Most breast cancers are not hereditary, but as Andrea’s physician had been telling her for years, you have to look at the patterns of cancer in your family.  There is a link between certain types of cancer such as breast, ovarian, prostate, pancreatic and surprisingly, melanoma. He had been trying to get her in for testing because of the link between her mother’s breast cancer and her grandmother’s pancreatic cancer.

A simple blood test was all that was required (there are even saliva tests available today) but Andrea had been putting it off. She just had a gut feeling that she had the dreaded mutation. She finally decided that it was time and then she sat before the genetic counselor waiting for the results. It was not good news. Andrea tested positive for the BRCA 2 mutation. “Once I knew I had this increased genetic risk, I thought, What am I waiting for?” I could have gone for mammograms and other exams every six months, and constantly worry about what they might find. I didn’t want to live the rest of my life with anxiety like that. And I didn’t ever want my kids to watch me go through what my mom did.”  Andrea decided that she would have her breasts removed.  Not all women make the choice to have a radical prophylactic mastectomy.  Some opt for intensive screenings or cancer preventive drugs such as Tamoxifen.

The actress Angelina Jolie discovered that she too had the BRCA gene mutation, and like Andrea, chose a radical mastectomy. Singer, songwriter Melissa Etheridge, who also has breast cancer, criticized Jolie for removing her breasts before she had developed any signs of cancer.  There is an 85% chance of getting the cancer if you have the gene mutation. Andrea believes that there is no right or wrong choice. Each woman or man must decide on his or her own course of action. (Men can get breast cancer as well.)

Andrea cried all the way home after leaving the geneticist’s office, but it didn’t stop her from calling to make arrangements that very afternoon. Andrea has that kind of positive, problem-solving energy that kicked into high gear at the news. That very same day she had already made the arrangements to have a radical mastectomy on both breasts and she knew where and with whom she wanted to do the surgery.  In her research she discovered that two of the surgeons who do the most prophylactic mastectomies in the country, happened to be in Dobbs Ferry and Tarrytown. Dr. Andrew Ashikari is a breast surgeon in Dobbs Ferry (St. John’s Riverside Pavilion) Hospital; he and his father were among the first to perform nipple-sparing mastectomies. Dr. Andrew Salzberg, of the New York Group for Plastic Surgery, is the reconstructive plastic surgeon who pioneered a direct-to-implant reconstruction, meaning that the implant is put in at the same time that the mastectomy removes the breast tissue, avoiding the need for tissue expanders. Breast Cancer Treatment Services can help diagnose and treat patients who suffer the disease.

“I immediately called Dr. Ashikari’s office for an appointment. That’s my personality; I have to take control. As much as breast cancer was a concern, Dr. Ashikari told me that he was actually more worried about ovarian cancer, which is hard to diagnose early and has a higher death rate. He suggested preventative surgery to take out my ovaries, which would drastically cut the risk of getting that cancer. I scheduled one for the next month.

Andrea shared the difficult news with her husband, her sister and her close friends.  They were all upset for her but supported her decision.  That was in December of 2008. On March 5, 2009, Andrea went in for the surgery feeling confident in her surgeons and her decisions. A Boob Voyage party had been held for her, complete with a giant cleavage cake!  Nevertheless, she was still nervous.  The procedure only took three hours, as opposed to the typical 8 hours, and during that time the Doctors also inserted silicone implants.  This innovative procedure eliminated the need for tissue expanders and implants at a later date.

Andrea woke up from surgery with breasts.  She had a good recovery, but the first week was painful and she was on pain medication. “It’s not like the disfiguring radical mastectomies from years ago. You’d never know that I’ve had surgery from looking at me. Don’t get me wrong —  it was a hard recovery, and my health is what’s most important, but it was great to know that I’d look normal afterwards.”

After two weeks she was able to drive and after three she was able to do a modified spin class at the gym.  She has had no problems since, except the occasional difficulty opening a jar or can. She is basically able to do everything else she did before including cardio and yoga classes.

Andrea has no regrets in making her decision. A few months after her surgery she even got a tattoo with a pink ribbon and the word “Chai” — the Hebrew word for life.

She is committed to helping other women who are facing a similar situation and encourages them to get in touch with her. She can be reached at AndreaZ@facingourrisk.org.  She is a member of the Westchester branch of FORCE (Facing Our Risk of Cancer Empowered), which is a local branch of a national organization that she has found to be very helpful.
“I feel so grateful that I live so close to some of the best surgeons in the world.  There are excellent genetic counselors right in Briarcliff Manor as well. I want every person facing these frightening situations to know that they have some of the very best resources and support to help them through this.” At Todd Elementary, Ms. Hesari’s Class is a Family