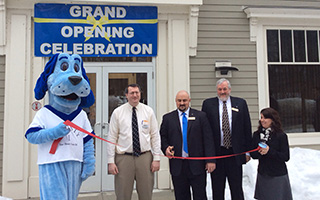 Trustco Bank is a 5 Star Bauer Recommended Bank which was founded in 1902. It has 139 branches in New York, Florida, Massachusetts and Vermont and holds its’ own portfolio. Trustco did not take nor need a bailout from the Government. The Huffington Post has named Trustco Bank as one of the best places to Move Your Money.