This past year has been difficult for so many people in so many different ways. As someone with hearing loss, Cortlandt resident Valerie Candela has her own unique challenges, since social distance and face coverings greatly impair communication.

According to a new study conducted by the Hearing Loss Association of America (HLAA), nearly half of the nation’s hearing loss community (almost 50 million Americans) has experienced heightened levels of anxiety, social isolation and other mental health-related effects due to the pandemic, and are more eager to explore hearing loss solutions.

Valerie Candela knew from a young age that she wanted to help people, so she became a nurse. But at 21, she contracted a virus from a patient that resulted in complete hearing loss. Her life would never be the same.

She left her job at a Manhattan hospital and moved upstate to live with her parents. She felt isolated from her hearing family and friends, and disconnected from the deaf community. “When you hear and then don’t hear,” Candela says, “you’re in limbo. You could be in a room of 100 people and be so lonely.”

Professor Graeme Clark of Australia also knew from a young age that his destiny was to help people, telling his teacher, at age five, that he wanted to “fix ears.” After years of tireless research, he invented the first multi-channel cochlear electronic hearing device implant to help people like Valerie hear again.

This year marks the 40th anniversary of the original Nucleus® 22 Implant, from Cochlear™, which calls itself “the global leader of implantable hearing solutions.”

Shortly after the FDA approved the Cochlear™ Nucleus® 22 Implant for commercial use, Candela became pregnant with her first child. Giving birth and taking care of a newborn while not being able to hear were incredibly stressful experiences for her. Early motherhood was supposed to be joyful, but instead it was clouded by fear and anxiety. “I felt robbed,” Candela says.

Then, in 1987, a decade after she lost her hearing, Candela’s life was forever changed again: She became one of the first adults in the United States to receive the multi-channel cochlear implant.

The surgery and recovery were difficult, but when she heard her daughter’s voice for the first time in the audiologist’s office, she was brought to tears. “I just cried and cried,” Candela says. “It was all worth it to hear my baby.”

Much changed for Candela after she received the implant. She became pregnant with her second child and had a calmer, more empowering birth experience. Twenty months later, she left an abusive marriage and took on the court system and single parenthood with renewed confidence. Candela credits the implant with giving her the courage and ability to live independently.

Since 1981, Cochlear has made its implants less visible and more user-friendly. They have created hearing solutions for children as young as 9 months old, water-resistant sound processors, and wireless accessories including a mini microphone, phone clip and TV streamer.

Thirty-four years after receiving her implant, Candela is happily remarried and manages the accounting end of her husband’s home inspection business. “I also do my best,” she says, “to keep my 87-year-old mother out of trouble. Covid has been challenging, for sure. I’m the family’s health care go–to.”

Valerie enjoys gardening, pearl stringing, cooking vegan dishes, and traveling with her family and friends. She is able to watch TV without captions and can stream music, something she missed greatly, directly into her sound processor.

“The technology is… it’s really amazing,” she says, her voice momentarily overwhelmed with gratitude. “It gives you back your life.” 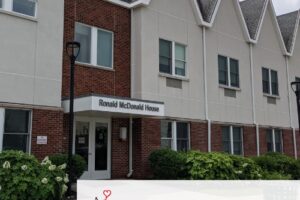 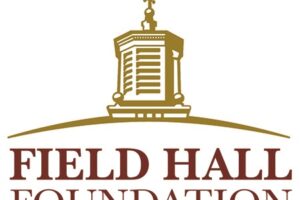