Goosefeather pays tribute to the cuisine of Hong Kong, with a focus on noodles, Cantonese barbecue and dumplings

The tail end of summer brings seasonal modern Chinese food to the river towns with the opening of Goosefeather from Celebrity Chef Dale Talde. Located on the grounds of the Tarrytown House Estate, the restaurant is focused on the trifecta that comprises 90% of the fare in Hong Kong –  noodles, Cantonese barbecue and dumplings, while also playing with the seasonality of the Hudson Valley. Diners can expect Chinese staples and twists on the classics that Chef Dale has become known over the years.

Unlike the other seven styles of Chinese food that most Americans are familiar with, Cantonese fare emphasizes using fresh and seasonal ingredients, and the food at Goosefeather will be no different. Dale’s food will take traditional Cantonese fare up a notch, utilizing unexpected ingredients like dry-aged beef, black truffles and more. Dinner menu highlights include dim sum bites like Typhoon Lobster and Shrimp with charred lemon and garlic; Dry-aged Beef Potstickers with chinese mustard-horseradish; and Prawn Toast with pickled chilis and crushed avocado. Cantonese barbecue options include a Char Siu Berkshire Pork Collar with grilled scallions and spicy mustard; Wind Sand Poussin with crispy ginger and garlic; and Dale’s famous Cantonese Roast Duck with caramelized hoisin, scallions and pancakes. On the noodle and rice front: Shrimp and Clam Noodle with Dale’s XO and chewy noodles; Crispy Chow Fun with Hunan pork shank, pickled mustard greens and youtiao; and Crab Rice with jalapeno aioli and trout roe, to round out the options.  A handful of large plate options are also available, including General Tso’s Shrimp with smoked chili and pineapple; Steamed Orata with ginger olive scallion relish, Marcona almonds and superior Soy; and a 40-day aged NY Strip with broccoli and soy-garlic butter. And for those looking for something lighter: Watermelon Salad with shaved snow peas and hot & sour tamarind; Heirloom Tomato Salad with cucumbers, whipped tofu and aged soy; and Grilled Avocado Salad with baby bok choy, kale and plums; grace the menu. Diners can end on a sweet note and choose from a few dessert options including Pineapple Shaved Ice Sundae with rum roasted pineapple and brown butter cake; Salted Chocolate Ganache with potato, peanut, pretzel crumble and chocolate sorbet; and more. In addition to dining in, on-property room service will also be available from Goosefeather.

Goosefeather also offers the perfect venue to enjoy relaxing brunch with friends and family.  A variety of dishes, as well as seasonal specials and holidays feasts, will be offered in-dining room, as well as al fresco when the weather permits. Brunch menu favorites include: Kung Pao Chicken Wings and Hong Kong waffle; Sticky Rice with mushroom xo and roasted kabocha squash; Warm Salad of salt and pepper sweet potato, bok choy, roasted apple, lan chi chili dressing and a golden egg;  Chewy Noodles with Chinese bacon, mustard greens and a poached egg; and Crispy Smoked Salmon Dumplings with everything spice, dill and horseradish- soy vinegar.  A dim sum cart will also make the rounds on the weekends, offering guests the chance to choose from a variety of small bites, both savory and sweet. Goosefeather will also offer breakfast daily.

Dale also has some fun programming planned for the property, including a hefty amount of outdoor wood-fired cooking, including lamb and pig roasts, as well as large-format family-style farm table dinners and activations pegged to local events like the Great Jack O’Lantern Blaze in Sleepy Hollow. Planning for next season includes over 40 varietals of vegetables and herbs and an apiary of beehives for local honey that Dale plans to make great use of.

Dale Talde’s passion for cooking began at a young age in his native Chicago where he learned to prepare meals alongside his mother. The proud son of Filipino immigrants, he grew up immersed in his family’s cultural heritage while also enjoying the life of a typical American kid. Dale applied this distinct Asian-American experience, opening his first restaurant TALDE in Park Slope, Brooklyn in 2012. Dale later opened ‘Italian-ish’ Massoni in the Arlo NoMad Hotel and internationally influenced Rice & Gold at Hotel 50 Bowery in NYC’s Chinatown. He also opened rooftop bars The Heights (Arlo NoMad Hotel) and The Crown (Hotel 50 Bowery).  Dale was a two-time cheftestant on Bravo’s Emmy Award-winning culinary show, “Top Chef.” Dale has also competed on “Chopped,” “Iron Chef America,” “Knife Fight” and “Beat Bobby Flay” and was the head judge on “Knife Fight” Season 4, as well as a guest judge on both “Chopped Junior” and “Beat Bobby Flay.” In September of 2015, Grand Central Publishing released Dale’s first cookbook, “Asian American,” to rave reviews. Goosefeather is the first concept from Food Crush Hospitality, a partnership between him and his wife Agnes.

The name for Goosefeather is taken from an ancient Chinese proverb which embodies the idea of thoughtful gift-giving. Gift-giving plays a major role in Chinese culture, and attaching a feather to a gift is a tradition dating back to the Tang Dynasty. It all began when a servant was ordered to deliver a swan to the Emperor as a gift. Along the way, the swan escaped the man, leaving behind a single feather. The servant, eager to deliver something in its place, wrote the Emperor a poem with the swan’s feather attached. He described the feather as an “insignificant gift” with “sincere wishes of the sender.” In the end, the Emperor was impressed, and the feather ultimately became a symbol of thoughtfulness. This incident is remembered in the saying qiān lĭ sòng ér máo, meaning, “to walk a thousand li and present a feather as a gift.”

Tarrytown House Estate sits high on the hill above Sunnyside, the former home of famed writer Washington Irving, an area rich with history and folklore. Located only 25 minutes outside of New York City, the property has been in use for over 165 years and harkens back to a time when America was young. As the nation’s industrial and economic might grew, it produced a new breed of wealthy gentry who began calling Westchester County home in the 1800s.

Goosefeather serves breakfast and dinner, seven days a week, as well as weekend brunch.  The hours of operation are as follows: Breakfast, seven days a week from 7-10 am;  Dinner, Sun-Thurs from 4-10 pm & Friday & Saturday from 4-10:30 pm; and Brunch on Saturday & Sunday from 11-3 pm.

The property is located at 49 East Sunnyside Lane, Tarrytown, New York 10591, and offers valet and self-park options. For more information, or to make a reservation, guests can call 914-829-5454, or book online via Resy. www.goosefeatherny.com, @goosefeathertarrytown. 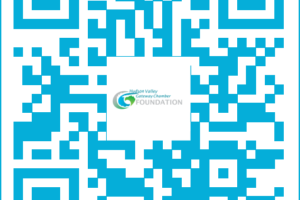