In this day and age, there are more and more video games than ever before, such as slot27, for example. People now have the option of playing games on their phones, computers, games consoles, and more. For a while, it seemed like traditional tabletop games were destined to disappear into irrelevancy, but they did not!

Before taking a look at some of the most popular and exciting tabletop games out there, a quick word on why board games are still so popular. The main difference between tabletop and video games is that they bring people together in the same room to play together. Of course, people do play video games with friends either online or in person, but there are not all that many video games that can bring the whole family together for a few hours of fun.

This difference means that tabletop games are still extremely popular with families, though some still cater to different age groups. More and more young people are playing games like Dungeons and Dragons, which involve varied rules and the use of a vivid imagination – very different from playing an online video game! Meanwhile, the older generations still love classic board games like Monopoly and Scrabble. All of these games, though, attract a wide and varied audience, which is why they are so popular, even in today’s modern world.

Magic: The Gathering (MTG), is a tabletop card game that has its origins back in 1993. It is a system that involves collecting and trading cards, while also using the cards to create gameplay. In the game, each person takes on the role of a Planeswalker. Their mission, in effect, is to survive the attack of the other players, who are also Planeswalkers. Throughout the game, cards are used to make the player’s character attack, cast spells, or perform other moves.

In some games, the players use their own collection of cards to build the strongest deck possible to defeat their rivals. In others, the deck is drawn at random, making it a more challenging game for all. To learn more on MTG, look up guides online, as there are plenty of amazing resources out there regarding trading, playing, and the rules of MTG. This is the kind of game that anyone can start playing quickly and get very into, very quickly. It’s so popular that there are an estimated 40 million players worldwide. That’s impressive for a card game!

You’ve all seen it around, but have you actually played the game? Warhammer figurines are built, hand-painted, and collected by thousands of people worldwide. It is the most popular miniature figurine game ever invented, with producer Games Workshop turning over £300 million in 2020.

In Warhammer 40k, you battle your miniature army against that of your friends or opponents. With dice, measuring sticks, and a system of intricate rules, you attempt to defeat your rival on the battlefield – some of which are incredibly well-designed tables! It’s so popular in the UK that there’s a Warhammer shop in almost every town.

Catan is a game based around building a settlement on a game board. In Catan, a group of players builds a settlement on different sides of an island, as depicted on the Catan board. Each tile on the island can be tapped for resources, each of which can be used to upgrade your settlement, build buildings, or develop and upgrade your city. As time passes and different players’ settlements grow, they receive victory points. The aim of the game is to get the most resources, the most settlements, and therefore the most points. It’s partly tactics and partly sheer luck, making it loads of fun for everyone!

Dungeons and Dragons have become one of the most popular games in the world. It has been played for over 50 years and involves very little in the way of traditional gameplay devices. There are dice, but aside from that, the rest is down to pen and paper and your imagination. Each player will create their own character, who will have a selection of skills, traits, and weaknesses.

They will journey through a fantasy world battling challenges and interacting with objects found on the way. All are directed by a dungeon master, who keeps the story flowing and the game exciting. Each move you decide to make is decided by the roll of the dice, making it fun, risky, and challenging at the same time.

Monopoly is one of the most classic board games of all time. Since its invention in 1903, it has been played by millions of people and sold in over 103 countries worldwide. The aim of the game is to buy property, build your empire, and win all the cash owned by your rivals. As you roll the dice you will land on properties. Buy them if they are free, or pay rent on them if someone else owns them. This game has stood the test of time as it is perfect for all groups.

Finally, the world’s most recognized word game. Scrabble involves trying to make the best word on a grid, drawn from a random selection of letters in a bag. Your word must link with one of the words already placed on the board. To make things even more interesting, some of the grid squares have double or triple scoring properties, meaning a tactical player can win big points with simple words. This game has existed for over 83 years, selling over 150 million copies.

These games will bring your friends and family together for awesome group entertainment. Whether you prefer imagination, tactics, words, or money-based games, there is something here for everyone. 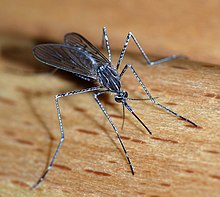 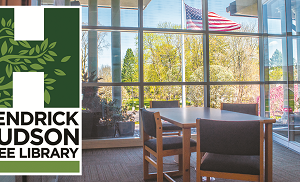