Despite his excellence in athletics, sports are just one aspect that has defined Sullivan’s time in Sleepy Hollow.

“He has a great mix of academic intelligence, athletic intelligence and skill, competitive drive, team mentality, and character that makes him one of a kind,” says Sleepy Hollow High School Head Football Coach Jorge Veintimilla.

As an athlete, Sullivan has prioritized his health in order to be in the best shape possible for his coaches and teammates. While this has at times been a challenge with such a busy sports schedule, he understands that the end goal is worth the long hours of practice and recovery.

“What motivates me most is showing all the hours of work I have put in in order to be 100% prepared for game-day for my team, my coaches, and my school,” he says.

His work ethic on the field was recently recognized by the county. Sullivan was named the LoHud Football Player of the Week for the first week of the 2020 season. Given the uncertainty of playing at all during the pandemic, Sullivan views this award as a “team effort,” made even more memorable because it was the team’s first game of the season.

When Sullivan is not an award-winning football player, he is implementing lessons learned on the gridiron into his other sports. He says that the mentality of football has helped him never back down from a challenge in basketball and lacrosse.

After graduation this spring, Sullivan will attend the University of Delaware, where he plans to continue his athletic journey as an intramural and club football and basketball player.

Sullivan is enrolling in the university’s College of Business and Economics, where he intends to study Sports Management. His passion for the business side of sports has been fueled by a finance course he took at SHHS.

“We are entering the real world very soon and knowing how we should spend, save, and invest our money is very important,” he says about the class with Mr. O’Neil.

Throughout his life, Sullivan says all of his success would not be possible without his family, who has served as a constant source of inspiration. From challenging him to do better and being there for him when needed, Sullivan’s parents are people he can always count on.

His deep love for his family has also impacted his local community service work. Since losing his aunt to cancer, Sullivan has become an active volunteer with the American Cancer Society’s Relay for Life. The event raises money for cancer research and awareness, with the goal of one day living in a world without cancer.

“It is great to see your efforts make a difference in someone’s life,” he says.

Whether he is on the field, in the classroom, or engaging with his fellow community members, Sullivan has undoubtedly made the most of this time in Sleepy Hollow. As he gets ready to leave for Delaware, the lessons he has learned from SHHS remain steadfast in his life.

“[Sports] have taught me how to overcome challenges, never give up, and learn from your mistakes.”

Alex Horowitz began his journalism career over five years ago as a sportswriter for his college newspaper. Since then, his work has been featured in The New York Post, and most recently, for Joker Mag. Alex is a lifelong Briarcliff Manor resident. 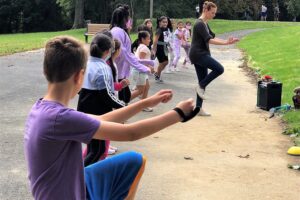 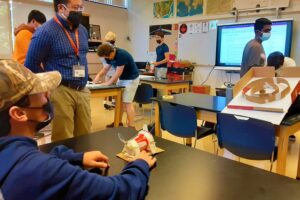 About the Author: Alex Horowitz