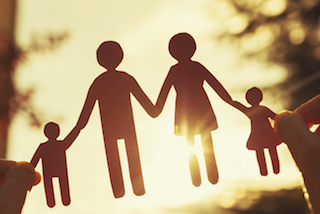 I was recently at a conference where one of the presentations was on parenting techniques and issues. At one point the presenter was talking about how poorly certain types of discipline and punishment work, and was suggesting other ways to help parents to bond with and raise their children. I raised my hand and asked about whether or not we know if the discipline techniques didn’t work at all, or if they would work better if they were implemented properly.  There were knowing nods from much of the group, and the speaker herself admitted that often we are basing our assessment of a technique on something that hasn’t actually been implemented properly in the first place.  For example, taking away a child’s cell phone, grounding him, or removing some other privilege is a punishment that, logically, should work, but often doesn’t.  As we started to discuss after I asked my question, often the technique doesn’t work because the parent makes threats he can’t keep, doesn’t set clear expectations, or the child has no clue when he is getting his privilege back or for what behaviors.

This is particularly true when a child is a young adolescent and the parent has no experience yet with parenting a child who is developing more and more independence.  So the parent does something such as take away the child’s cell phone or other gadget because the child got a bad report card.  I then sit in my office with said child and ask, “So, when do you get your privilege back?” and the child reports that he doesn’t know.  I then go through possibilities: Good next report card?  Good grade on tests for three weeks?  Simply losing the phone for two weeks as punishment, and getting it back after this proscribed amount of time?  The child, often enough, doesn’t know when the punishment will be over or what to do to get their phone or privilege back.  It’s not the parent’s fault – the parent may have an idea in her head as to when the child will be off punishment, but she often hasn’t shared that clearly with the child.  The child, meanwhile, is not learning that an action has a reasonable and well-defined consequence, or what to do to earn back a privilege.

One other way that parents have trouble handing out appropriate punishment is by making threats that they can’t possibly live by.  “You’re grounded for life!” or “You’re losing your phone for six months!” are probably not threats that can actually come to be.  The child knows this, and the parent, after the initial upset and anger wear off, also knows this. Often, to save face, the parent will try to enact the threat anyway, ultimately giving up when he realizes that the punishment didn’t fit the crime.

The final problem that I see often in my practice is the problem with enforcement and following through.  If your teen comes home drunk, breaks curfew, or is caught cheating, these are issues where you probably feel punishment is required.  I wouldn’t argue that.  So, suppose you decide your child should be grounded for two weeks…again, I would find that a reasonable punishment.  However, your child, five days into his punishment, reports to you that there is a concert/dance/party/event/fill in the blank that is once-in-a-lifetime-never-gonna-happen-again-I’ll-die-if-I-don’t-go-etc.  How many parents, be honest, would be tempted to let your child get off punishment to go to said event?  Suddenly you have taught your child that limits are not to be respected, punishment is negotiable once it’s set, and you make threats you can’t carry out.  Not a good place to be with a kid who still needs parental guidance.

I have never raised any children, but I did enough study and practice to be an expert in human behavior, family dynamics, and child development. I have, however, helped train a lot of dogs, and I ride horses, and if you ask my riding instructor (who has been riding for over 70 years), she will tell you that every time you ride, you are training your horse as well, as he is only as good as his last ride.  I know that if I let a dog get away with something, he will expect to get away with it again.  If I tell my dog he can’t beg at the table, but then, just this once because he’s so cute…I feed him my scraps from the table, guess what he’s going to start doing more frequently.  If I let a horse, who outweighs me by a half a ton, misbehave and do what he wants, he will misbehave and do what he wants, and people will get hurt. It isn’t rocket science.  The truth is, disciplining kids isn’t rocket science either.  If you tell your child that breaking curfew is unacceptable, but then make exceptions, you are telling him that it’s not really unacceptable at all.  Same for all of us.  If your boss expects you to come to work on time, and there’s a policy regarding lateness, but then that policy is never enforced, or is enforced haphazardly, are you going to really worry about getting to work on time?

So, no, I don’t believe that discipline doesn’t work.  What I believe doesn’t work is boundaries and limits that are moving targets rather than firm.  And that doesn’t help your child, whom you are raising to be a functioning adult.  It also doesn’t make your child feel safe.  Kids know that they can’t be trusted with adult decisions and freedoms until they are ready, and the truth is they count on parents, teachers, and other adults to stop them when they get out of hand and need someone to rein them in.

Here are some guidelines for dealing with your kids going forward:

• Assume that your children’s job is to push the envelope.  It’s your job to maintain the boundaries, catch them when they misbehave, and implement a consequence if necessary.

• Don’t bail your kid out constantly.  If he forgets to hand in the permission slip for the field trip, don’t do it for him; if he doesn’t get to go, the world has just given him a natural consequence.  And you didn’t have to.  Win/win.

• Let your child know the length of punishment and/or the expectations for getting his privilege back.  Leaving it open ended is not only confusing, but it makes the child feel that he has no power regarding how his behavior may lead to positive or negative consequences.  If you want him to have an earlier bedtime until you see an improvement in grades, pick a date a few weeks out and assess the situation then.  If you take away a privilege until the next report card, discuss what you expect to see on that report card and set goals for him getting his privilege back.

• Make sure the punishment fits the crime.  Don’t ground your child for the entire summer for being five minutes late for curfew.  By the same token, don’t go easy on a child who commits a serious and dangerous infraction such as driving drunk.

• Don’t go back on your punishment because your child begs for something or makes demands or threats.  Think about upcoming events before instituting a punishment. If there really is something very unique and exciting coming up, you may consider allowing your child to attend that event, but still maintain the punishment otherwise.  For example, letting your child attend her best friend’s Sweet 16, but still grounding her for a week following the party as a consequence for staying out two hours past curfew without calling.

• Parenting is hard and it takes sacrifice.  A lot of parents find enforcing discipline hard because it requires staying home, standing firm, and putting up with a lot of begging, backtalk, and fighting when you try to institute a boundary.  As best you can, ignore the drama.  Don’t let your child wear you down.  You are raising an adult, not a child.  Do you want your child to function in the world, or beg and stomp her feet every time her boss tells her something she doesn’t like?  Leave the room if you have to, but stick to your guns.  In households with two parents, work as a team as much as possible; if you’re a single parent, enlist support when you feel that your child has worn you down.  Like the dog begging at the table, if you give your kid no scraps, he will eventually go lie on the couch.

Remember that no parent is perfect.  You will mess up, and your kids will survive.  Try to be as consistent as possible and know your child’s personality and needs.  One child might be devastated by a 24-hour punishment and never break the rule again.  Another child might require a month of house arrest before the severity of his infraction sinks in.  There will be a lot of trial and error.  Just remember, you are guiding your child for his foray into the real world in a few years; help him to understand that there are consequences and outcomes to behaviors.  You’ll enjoy your time together more if there are guidelines and boundaries set up that your child learns to respect and accommodate.  Then, and only then, can you be flexible with your child, with good reason and explanation as to why your child has earned your trust and flexibility.