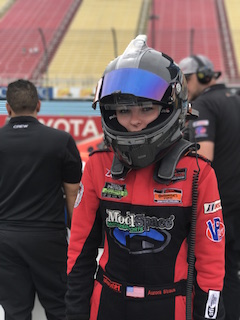 There are vacations to every part of this special globe we inhabit. Near and far. Extravagantly costly and budget priced. Action packed and reflectively peaceful. You think it, chances are someone or many ones have done it. So, what’s new under the sun as the adage goes? For many it would be motorsports, and specifically, road racing with the likes of Acura, Aston Martin, Audi, Bentley, BMW, Cadillac, Chevrolet, Ferrari, Lexus, McLaren, Porsche and other easily recognized car manufacturers going fast and loud on tracks in some of the most beautiful countryside this country displays.

The races themselves can be sprints of 50 minutes  or endurance racing of the 6, 12 and 24-hour versions. Each has its own attraction and each

draws a crowd of young children — yes, young children, their parents, teenagers, young adults, adults and the elderly, which I envision as the next passage. All of us share one common and exciting thread — car racing. Now there are those who swear by cars going around and around oval tracks, others who like desert off-road thrills and many spills, still others that enjoy rallies and the skill of timing and mapping courses. I prefer a race not unlike life…standing or rolling starts, getting up to speed, competing  with those around you, turning on that proverbial dime, long straightaways for speed and an unrivaled sense of calm excitement, then doing it all over again on the next lap.

I met a young woman who can attest to the attraction of motorsports.  At age 13 she learned to drive and shift a manual transmission. Readers need not be concerned. She got into a Mazda Miata at Monticello Motor Club with an experienced race car driver who  would become her mentor.

At age 18 she graduated, and not just from Hackley in Tarrytown, but to racing a Porsche Cayman with the number 18 on its hood.  She’s been accepted to Harvard and will take a gap year working for a start-up Pharmaceutical company in Boston. She is what many race car drivers embody — confident, friendly, competitive and driven to drive. 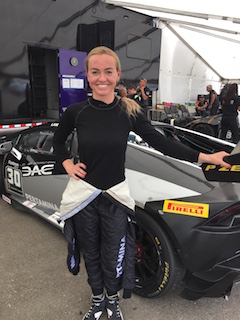 Aurora Strauss and I talked in between her practice sessions at Watkins Glen International Raceway  in late June. She was competing in the Continental Tire 120 at The Glen which is a 2-hour-long race. She would share the behind-the-wheel-time with her co-driver Connor Bloum.  “Racing is a slippery slope and once I went over 100 mph I couldn’t go back and that’s how I ended up here,” she said. She added, “I wasn’t a huge adrenaline junky, but when I started racing I fell in love with it and it’s what I do.” Aurora is also a singer and part of her moving to Boston in the fall and taking a gap year is that she wants to record songs she’s written. She categorizes her music as “singer, songwriter, folk.”  When playing in rock bands she is a bassist and according to her everyone is always looking for one.

Looking ahead for Aurora and her racing career, this vital and extremely upbeat young woman said, “Like any other racer I am completely dependent on sponsorship. Whenever a deal comes my way it’s against my nature not to take it. I am going to do whatever I have to do to continue in this sport. If I have to miss a couple of weeks at school I will. I have done it before. There is no reason I can’t do both.” That clarity of thought and dedication to racing has carried Aurora and Connor to the top of the rookie year ratings in the Continental Tire Sports Car Challenge ST series. The season ends in October at Road Atlanta and she may very well remain at the top of the standings.

Moving from person to place, I cannot say enough about Watkins Glen International  Raceway in the Finger Lakes region of New York and Lime Rock Park  in Lakeville, Connecticut. Rolling hills with large expansive farmland and vineyards surround the Watkins Glen Raceway. The town of 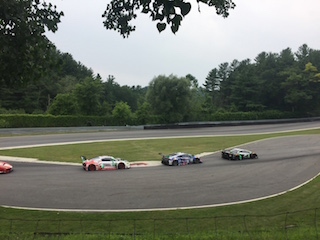 Watkins Glen at the southern tip of Lake Seneca  provides  scenic  beauty and a friendly and welcoming atmosphere to visitors. 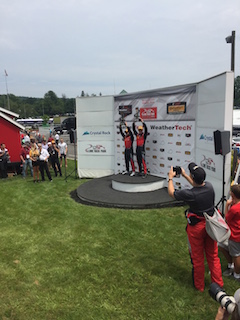 There is a racing history in Watkins Glen and that tradition is cherished by residents and race fans alike.  Lime Rock Park is celebrating its 60th Anniversary this year and it, too, is surrounded by greenery on all sides. One cannot help but look up at trees and sky in every direction. Like The Glen, Lime Rock is rich with history and extremely fan-friendly. Both venues offer camping opportunities for weekend races and allow easy access for fans to see cars and drivers  in the paddock areas before and  after races.  These two venues provide the opportunity to interact with the world of motorsports and that is what makes  Lime Rock and The Glen so appealing to so many.

Some would say that “summer is all but gone” but they are the same people who forever cut short the seasons and holidays.  There is much more summer ahead, followed by another grand season — the fall. Events at both Watkins Glen International and Lime Rock Park are there for the fans who enjoy the opportunity to be outdoors with family and friends for a special day or days of car racing with its colors, sounds and speed.