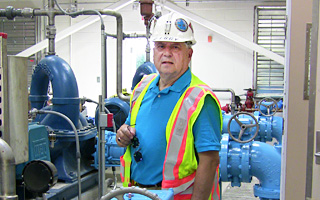 Around the year 2000 when Briarcliff’s current Village Manager, Philip Zegarelli, was the Mayor of Sleepy Hollow, Keith Austin (then Mayor of Briarcliff) came to Zegarelli with a problem.

“Briarcliff Manor was on the New Croton Aqueduct (NCA) and New York City told the Village that it needed to change its water supply because NCA did not meet New York State nor Federal standards of purity. This issue had been kicking around for a long time and Briarcliff ended up being the last community to continue receiving its water from the NCA,” Zegarelli said.

The suggestion made to former mayor Austin was that Sleepy Hollow, Tarrytown and Briarcliff Manor all come together and establish a joint waterworks. Both Sleepy Hollow and Tarrytown were on the Catskill water supply and Zegarelli felt the three Villages could do with one big pump station or a maximum of two. “We would have to cut down on the number of people needed to work at these pump stations. You didn’t just have redundancy of people; you had triplication of people and expenses. The thought was that all three Villages could buy the water together and charge their residents what they needed to. It was a very sound concept,” Zegarelli added. 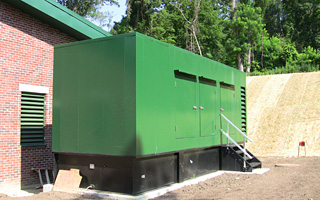 Along came a Briarcliff Village election and Keith Austin was no longer its Mayor. The new administration stalled any progress made on the potential of combining waterworks and for getting Briarcliff off of the New Croton Aqueduct supply. “The pressure on Briarcliff from the State grew and the

Village was threatened with a $20,000 fine per day. Enter Bill Vescio as Briarcliff’s [most recent] Mayor and it was literally dumped into his lap to resolve,” Zegarelli noted. Vescio’s sense of urgency was apparent from the start and so started the process of getting Briarcliff Manor on a satisfactory water source before being saddled with high dollar daily fines. 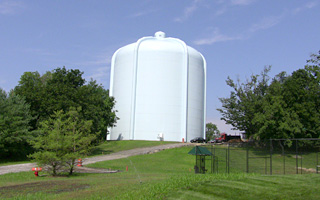 “It was a very complicated process. The order was that the Village had to have its own separate Catskill water source. At that time Briarcliff’s Village Manager was Michael Blau who is now the current Village Administrator of Tarrytown. Blau negotiated to build Briarcliff’s pump station at the Lakes and next to Tarrytown’s,” Zegarelli said.

By 2009 the plans for Briarcliff’s pump station were completed, however the project had not gone out for bids. Enter Zegarelli as Briarcliff’s new Village Manager and the federal government’s stimulus package as well. “I made sure that Briarcliff got in line for these monies. The federal government wanted ‘shovel ready’ projects and we already had our plans. So we went out for bid and at the same time we received the stimulus money,” he said. 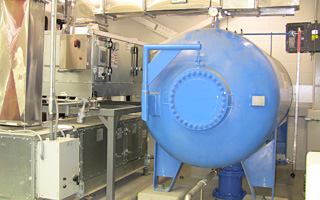 The pump station project was initially projected to cost $27,000,000 which included $3,000,000 for engineering costs. The bid Briarcliff accepted for the actual construction was $18,000,000. To the Village’s advantage was a sagging economy with many contractors looking for work and eager to undercut each other. The stimulus money received was $18,900,000.

“The hook on the stimulus money is that fifty percent is written off as a full grant or a gift. You can borrow on the full amount of the money at no interest for 3 years, then pay a fixed rate of interest, and in today’s market it is literally interest free when you consider that it is less than one percent,” Zegarelli said. 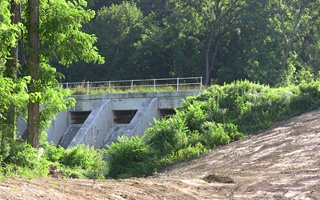 The pump station is slated to go online by the end of July and the Village intends to invite Barack Obama to the ceremony. The state-of-the-art facility will pump a greater volume of water to Briarcliff residents through 19,000 feet of pipeline. It has been designed so that it has the capacity to be the sole pump house for Briarcliff, Sleepy Hollow and Tarrytown if the future requires it to be. When asked if there was any anticipated increase in water rates, Zegarelli said that Briarcliff intended to keeps the same rates that it has had since June 2009.